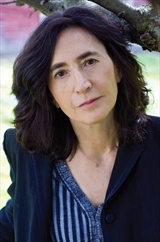 “A reading experience like none other-a shimmering library of possible truths and forking pathways…Readers of this extraordinary novel become Villars’ co-biographers, piecing through ‘official’ and underground accounts as ample (and as unreliable) as the human library of memory. I was addicted to this book.”

“An engrossing literary mystery…Refracting the vivid, villainous life of Louisianne Villars through letters, memoirs, and the recreations of a biographer, Prose coaxes into kaleidoscopic view both a tortured human being and bohemian Paris before and during the Nazi occupation… she cleverly exploits the vain, self-serving nature of memory itself.”

Jennifer Egan, Pulitzer Prize winning author of A Visit From the Goon Squad

Francine Prose is the author of many bestselling books of fiction, including A Changed Man and Blue Angel, which was a finalist for the National Book Award, and the nonfiction New York Times bestseller Reading Like a Writer. Her novel, Household Saints, was adapted for a movie by Nancy Savoca. Another novel, The Glorious Ones, has been adapted into a musical of the same name by Lynn Ahrens and Stephen Flaherty, which ran at the Mitzi E. Newhouse Theatre at Lincoln Center in New York City in the Fall of 2007. Her latest novel, Goldengrove, was published in September 2008. She is the president of PEN American Center. She lives in New York City.

Lovers at the Chameleon Club, Paris 1932: A Novel (Hardcover)