"An engaging, informative study tracking the small beginnings of a literary giant and his magnum opus...Stavans enlightens us, not just about one literary figure, but about the culture and history of a whole hemisphere... Stavans is a magical writer himself."

"In his compelling narrative of Garcia Marquez before the phenomenon of One Hundred Years of Solitude, Ilan Stavans takes us on a fascinating guided tour of the great man's world from childhood to maturity, along the way, collecting the objects and the subjects, the beetles and the battles, all that would eventually coalesce into the vision of plenitude contained in one of the most influential novels in modern literary history." 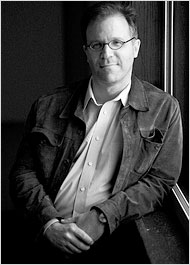 Ilan Stavans is the Lewis-Sebring Professor in Latin American and Latino Culture and Five College Fortieth Anniversary Professor at Amherst College. His books include The Hispanic Condition, On Borrowed Words, Spanglish, Dictionary Days, The Disappearance, and A Critic's Journey. He has edited the three-volume set Isaac Bashevis Singer: Collected Stories, The Poetry of Pablo Neruda, and, most recently, the anthology Becoming Americans: Four Centuries of Immigrant Writing. He is the recipient of numerous awards and honors, including a Guggenheim Fellowship, Chile's Presidential Medal, and the Jewish Book Award. Stavans's work, translated into a dozen languages, has been adapted to the stage and screen, including the movie My Mexican Shivah. He also hosted the syndicated PBS television show Conversations with Ilan Stavans.