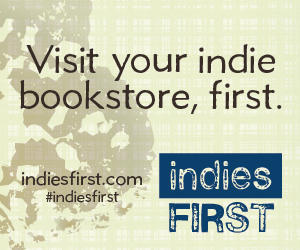 Start your holiday shopping at a local business, with Cambridge-area authors appearing as guest booksellers all day.

This year's "booksellers for a day" include:

10AM-12PM: Dan Moren is a novelist, freelance writer, and prolific podcaster. A former senior editor at Macworld, his work has appeared in the Boston Globe, Macworld, Popular Science, Yahoo Tech, and many others. He co-hosts tech podcasts Clockwise and The Rebound, writes and hosts nerdy quiz show Inconceivable!, and appears on the award-winning The Incomparable. He is the author of The Bayern Agenda Dan lives in Somerville, Massachusetts, where he plays ultimate frisbee, video, and tabletop games.

10AM-12PM: Jacob Kramer grew up in Providence, RI and studied film-making and writing at Harvard and is the author of Noodlephant. Like Noodlephant, he loves hunting for mushrooms, eating noodles, and organizing with friends in pursuit of justice. He lives in Somerville, MA, where he is an arts council Fellow.

11AM-1PM: Elizabeth Ames is graduate of the University of Michigan MFA program, where she won the Hopwood Award. Her short stories have appeared in Ninth Letter and Third Coast. Born and raised in Wisconsin, she currently lives in a Harvard dormitory with her husband, two children, and a few hundred undergraduates. This is her first novel.

2-4PM Sara Jean Horwtiz grew up next door to a cemetery and down the street from an abandoned fairytale theme park, which probably explains a lot. She currently lives near Boston, MA. Find her on Twitter, @sunshineJHwitz, or at sarahjeanhorwitz.com.

2-4PM: Edwin Hill is the author of the critically-acclaimed Hester Thursby mystery series, the first of which, Little Comfort, was an Agatha Award finalist, a selection of the Mysterious Press First Mystery Club and a Publishers Marketplace Buzz Books selection. Formerly the vice president and editorial director for Bedford/St. Martin's (Macmillan), he now teaches at Emerson College and has written for the LA Review of Books, The Life Sentence, Publisher's Weekly, and Ellery Queen Mystery Magazine. He lives in Roslindale, Massachusetts with his partner Michael and their lab, Edith Ann. Visit him online at www.Edwin-Hill.com.