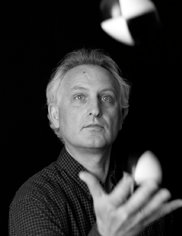 In this whimsical book, James Geary explores every facet of wittiness, from its role in innovation to why puns demonstrate the essence of creativity. Geary reasons that wit is both visual and verbal, physical and intellectual: there's the serendipitous wit of scientists, the crafty wit of inventors, the optical wit of artists, and the metaphysical wit of philosophers.

In Wit's End, Geary embraces wit in every form by adopting a different style for each chapter; he writes the section on verbal repartee as a dramatic dialogue, the neuroscience of wit as a scientific paper, the spirituality of wit as a sermon, and other chapters in jive, rap, and the heroic couplets of Alexander Pope. Demonstrating that brevity really is the soul of wit, Geary crafts each chapter from concise sections of 200, 400, or 800 words. Entertaining, illuminating, and entirely unique, Wit's End shows how wit is much more than a sense of humor.

Wit's End: What Wit Is, How It Works, and Why We Need It (Hardcover)