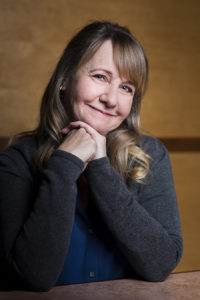 Emily Dickinson may be the most widely read and beloved of all American poets, but the story behind her work's initial, posthumous publication in 1890 and the mother-and-daughter team most responsible for her enduring legacy are barely known.

After Emily recounts the extraordinary lives of Mabel Loomis Todd and her daughter, Millicent Todd Bingham, and the powerful literary legacy they shared. Mabel's complicated relationships with the Dickinsons--including her thirteen-year extramarital affair with Emily's brother, Austin--roiled the small town of Amherst, Massachusetts. Mabel and Austin's love led to her work with Emily Dickinson's poetry, which inspired both Mabel's life and her daughter's, and fed controversies over the poetry's promotion, editing, and ownership. Julie Dobrow has unearthed hundreds of primary sources to tell this compelling narrative and reveal the surprising impact Mabel and Millicent had on the Emily Dickinson we know today.

Julie Dobrow is Director of the Center for Interdisciplinary Studies at Tufts University in Medford, MA.  She holds faculty appointments in the Eliot-Pearson Department of Child Study and Human Development and the Film and Media Studies Program in Tufts’ School of Arts and Sciences, as well as the Department of Public Health & Community Medicine at the Tufts Medical School. She is also a Senior Fellow in media and civic engagement at the Tisch College of Civic Life at Tufts.

In the final years of the 19th century, Sigmund Freud began to construct evidence for the workings of an "unconscious." On Dangerous Ground offers an innovative assessment of the complex role that his encounters with visual cultures-architecture, objects from earlier cultural epochs ("antiquities"), paintings, and illustrated books-played in that process. Diane O'Donoghue introduces, often using unpublished archival sources, the ways in which material phenomena profoundly informed Freud's decisions about what would, and would not, constitute the workings of an inner life. By returning to view content that Freud treated as forgettable, as distinct from repressed, O'Donoghue shows us a realm of experiences that Freud wished to remove from psychical meaning. These erasures form an amnesic core within Freud's psychoanalytic project, an absence that includes difficult aspects of his life narrative, beginning with the dislocations of his early childhood that he declared "not worth remembering." What is made visible here is far from the inconsequential surface of experience; rather, we are shown a dangerous ground that exceeds the limits of what Freud wished to include within his early model of mind. In Freud's relation to visual cultures we find clues to what he attempted, in crafting his unconscious, to remove from sight.

Diane O'Donoghue is Director of the Program for Public Humanities and Senior Fellow for the Humanities at the Jonathan M. Tisch College for Civic Life, at Tufts University, USA. She is also Visiting Professor for Public Humanities at Brown University, and a scholar member of and on the faculty at the Boston Psychoanalytic Society and Institute. There she has been a Silberger Scholar and is a recipient of their Felix and Helene Deutsch Prize. Her work on Freud's early formulations of psychoanalysis also has been awarded the CORST Prize from the American Psychoanalytic Association.

After Emily: Two Remarkable Women and the Legacy of America's Greatest Poet (Hardcover)