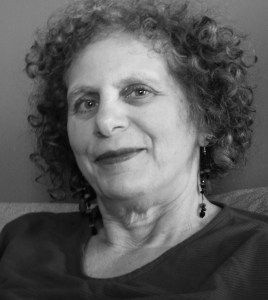 In This All-at-Onceness, Julie Wittes Schlack takes us on her vivid, personal journey through the political and cultural movements that have shaped every generation from the Baby Boomers to the Parkland kids. She examines the unlikely and twisting relationship between idealism and engineering that has promised a future of progress and hope, but only occasionally delivered on it, and asks why.

Her tale begins in 1967, when both the Summer of Love and Our World, the first live broadcast to and from the entire globe, created a sense that a compassionate, progressive global village was in the making. Through the civil rights and ant-war movements to the birth of Second Wave feminism, from the wintery ‘70s to the shiny rise of corporate culture in the ‘80s, from the democratic early days of the Web to today’s social surveillance state, Wittes Schlack tells a story about idealistic energy and how it travels through time.

Personal and political, intimate and informative, bracing and comic, these linked essays take us to an abortion mill in rural Quebec, the Michigan home of numerous UFO sightings, an abandoned Shaker village, the dust-clogged air of garment sweatshops in Allentown, a philanthropic corporate breakfast, and a series of dystopian market research conferences. They ask: Are we at the gates of the digital Promised Land? Or are we exiles wandering in the desert with only tweeting Kardashians for company?

Julie Wittes Schlack is a writer and teacher. Her fiction and essays have appeared in numerous journals such as Shenandoah, The Writer’s Chronicle, Ninth Letter, and Mashable. She reviewed books for the Boston Globe and is a regular contributor to Cognoscenti, an online journal of ideas and opinions.

Cloe Axelson is editor of WBUR’s opinion page, Cognoscenti. She previously worked for several nonprofit organizations, most recently as the director of communications for City Year and Match Education. She’s also worked as a speechwriter at the Democratic National Committee, a ghostwriter for a best-selling self-help author and as a grassroots organizer on political campaigns.