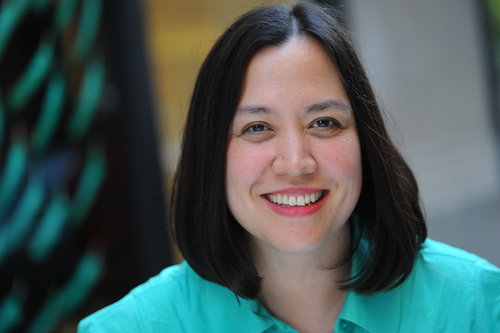 Why don't our kids do what we want them to do? Parents often take the blame for misbehavior, but this obscures a broader trend: in our modern, highly connected age, children have less self-control than ever. About half of the current generation of children will develop a mood or behavioral disorder or a substance addiction by age eighteen. Contemporary kids need to learn independence and responsibility, yet our old ideas of punishments and rewards are preventing this from happening.

To stem this growing crisis of self-regulation, journalist and parenting expert Katherine Reynolds Lewis articulates what she calls The Apprenticeship Model, a new theory of discipline that centers on learning the art of self-control. Blending new scientific research and powerful individual stories of change, Lewis shows that, if we trust our children to face consequences, they will learn to adapt and moderate their own behavior. She watches as chaotic homes become peaceful, bewildered teachers see progress, and her own family grows and evolves in light of these new ideas. You'll recognize your own family in Lewis's sensitive, realistic stories, and you'll find a path to making everyone in your home more capable, kinder, and happier--including yourself.

Katherine Reynolds Lewis is an award-winning independent journalist based in the Washington, DC, area who regularly writes for The Atlantic, Fortune, USA Today's magazine group, the Washington Post, and Working Mother magazine. Lewis's byline has also appeared in Bloomberg Businessweek, MSN Money, Money, Mother Jones, the New York Times, Parade, Slate, and the Washington Post Magazine. Her work has won awards from the Society of American Business Editors and Writers, the Society of Professional Journalists, and the Chicago Headline Club. She has received fellowships from the Carey Institute for Global Good, the National Press Foundation, the Poynter Institute, and the University of Maryland's Casey Journalism Center. Residencies include Le Moulin à Nef, Ragdale, and the Virginia Center for the Creative Arts. Her media appearances include CNN, NPR, Bloomberg television and radio, and HuffPost Live, as well as numerous radio programs nationally and internationally. In 2008, Lewis created a website on working moms for About.com, which she ran until 2014, attracting millions of readers to the site, its blog, and a weekly newsletter. She is a certified parent educator with the Parent Encouragement Program in Kensington, Maryland.

The Good News About Bad Behavior: Why Kids Are Less Disciplined Than Ever -- And What to Do About It (Hardcover)