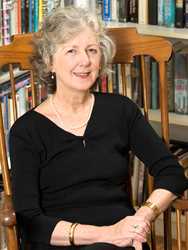 The first biography of arguably the most influential member of Franklin Delano Roosevelt's administration, Marguerite "Missy" LeHand, FDR's de facto chief of staff, who has been misrepresented, mischaracterized, and overlooked throughout history until now.

Widely considered the first female presidential chief of staff, Marguerite Missy LeHand was the right-hand woman to Franklin Delano Roosevelt both personally and professionally for more than twenty years. Although her official title as personal secretary was relatively humble, her power and influence were unparalleled. Everyone in the White House knew one truth: If you wanted access to Franklin, you had to get through Missy. She was one of his most trusted advisors, affording her a unique perspective on the president that no one else could claim, and she was deeply admired and respected by Eleanor and the Roosevelt children.

With unprecedented access to Missy's family and original source materials, journalist Kathryn Smith tells the captivating and forgotten story of the intelligent, loyal, and clever woman who had a front-row seat to history in the making. The Gatekeeper is a thoughtful, revealing unsung-hero story about a woman ahead of her time, the true weight of her responsibility, and the tumultuous era in which she lived and a long overdue tribute to one of the most important female figures in American history.

Kathryn Smith is a journalist and writer with a life-long interest in FDR and his circle. She has lived all her life in Georgia and South Carolina, and earned a bachelor’s degree in journalism at the University of Georgia. She worked as a daily newspaper reporter and editor, and has been the book columnist for the Anderson Independent Mail for twenty years. Her specialization in health care reporting led to the establishment and management of a charity for cancer patients in her hometown of Anderson, S.C. She has been involved through Rotary International in the worldwide effort to eradicate polio, called PolioPlus, and she has lectured and spoken on FDR’s leadership in that arena. Smith is the author of an oral history of World War II told by living veterans and civilians called A Necessary War.

The Gatekeeper: Missy LeHand, FDR, and the Untold Story of the Partnership That Defined a Presidency (Hardcover)