Kirk Johnson, To Be a Friend is Fatal 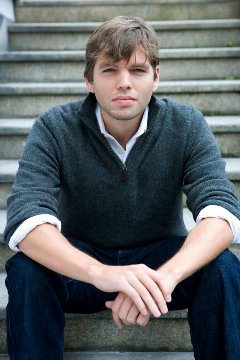 "Kirk Johnson is one of the few genuine heroes of America's war in Iraq.... Johnson's story is about America's shame, and also its honor. This is an essential book."

"What is so intriguing about this beautifully written book is that while it is a scathing critique of America's policy toward Iraq, it is not one of your usual policy books. To Be a Friend is Fatal is a deeply personal and poignant story about how one young American's passion and curiosity lead him to a distant and troubled land, where his empathy and sense of justice prevent him from giving up on the people abandoned by the U.S. government."

Kirk W. Johnson has become the leading public voice on the plight of America’s Iraqi allies. A graduate of the University of Chicago, Fulbright Scholar and recipient of fellowships from the American Academy in Berlin and Yaddo, his writing has appeared in the New York Times, Washington Post Magazine, Los Angeles Times, and Foreign Policy. Founder of the List Project, Johnson lives in Somerville, Massachusetts.