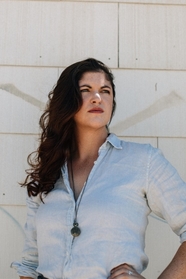 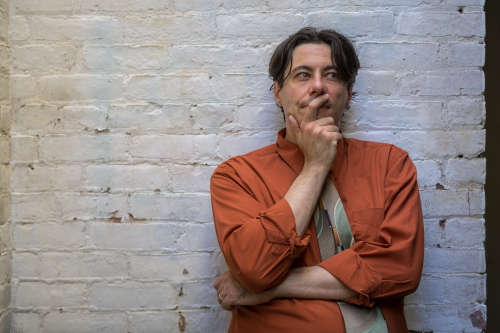 Author and podcaster Lauren Shippen appears in conversation with local writer and sound designer Alexander Danner to discuss Shippen's new book, The Infinite Noise: a stunning, original debut novel based on her wildly popular and award-winning podcast The Bright Sessions.

Caleb Michaels is a sixteen-year-old champion running back. Other than that his life is pretty normal. But when Caleb starts experiencing mood swings that are out of the ordinary for even a teenager, his life moves beyond “typical.”

Caleb is an Atypical, an individual with enhanced abilities. Which sounds pretty cool except Caleb's ability is extreme empathy—he feels the emotions of everyone around him. Being an empath in high school would be hard enough, but Caleb's life becomes even more complicated when he keeps getting pulled into the emotional orbit of one of his classmates, Adam. Adam's feelings are big and all-consuming, but they fit together with Caleb's feelings in a way that he can't quite understand.

Caleb's therapist, Dr. Bright, encourages Caleb to explore this connection by befriending Adam. As he and Adam grow closer, Caleb learns more about his ability, himself, his therapist—who seems to know a lot more than she lets on—and just how dangerous being an Atypical can be.

“What if the X-Men, instead of becoming superheroes, decided to spend some time in therapy?” (Vox on The Bright Sessions)

Lauren Shippen is a writer and actor with experience in podcasts, film, and books. She is the creator and head writer of The Bright Sessions, a popular science fiction podcast that has won numerous awards and was named one of iTunes' Best of 2016.

She was named one of Forbes 30 Under 30 in Media 2018 and one of MovieMaker Magazine and Austin Film Festival’s 25 Screenwriters to Watch. Beyond The Bright Sessions, Lauren is co-producing a joint Panoply-BBC fiction podcast with Peabody-winning writer/director John Dryden.

Lauren was born in New York City and grew up in Bronxville, New York. She currently lives in Los Angeles but travels frequently to New York where she can split her time between her parents’ dogs and her love of Broadway.

Alexander Danner is writer and sound designer of audio drama podcasts. He is co-creator of "Greater Boston" (www.GreaterBostonShow.com), lead sound designer of "What's the Frequency?" (WTFrequency.com). He has contributed as a guest writer and/or sound designer to the audio dramas "Unwell," "Our Fair City," "arsParadoxica," and "StarTripper!!." He teaches courses on writing, podcasting, and publishing at The Institute of Art and Design at New England College and Emerson College. He is the Director of PodTales (PodTales.org), A Festival of Audio Drama and Fiction Podcasting, taking place October 20th at Lesley University's Lunder Arts Center right here in Porter Square. He has also co-written two textbooks on the craft and history of comics and graphic novels.