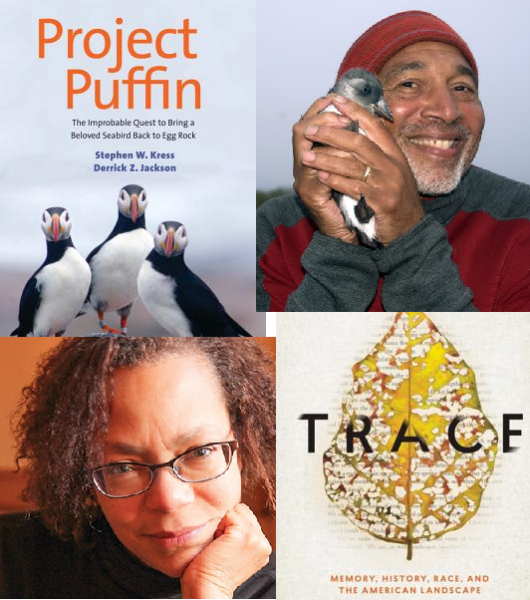 Sand and stone are Earth's fragmented memory. Each of us, too, is a landscape inscribed by memory and loss. One life-defining lesson Lauret Savoy learned as a young girl was this: the American land did not hate. As an educator and Earth historian, she has tracked the continent's past from the relics of deep time; but the paths of ancestors toward her paths of free and enslaved Africans, colonists from Europe, and peoples indigenous to this land lie largely eroded and lost. In this provocative and powerful mosaic of personal journeys and historical inquiry across a continent and time, Savoy explores how the country's still unfolding history, and ideas of race, have marked her and the land. From twisted terrain within the San Andreas Fault zone to a South Carolina plantation, from national parks to burial grounds, from Indian Territory and the U.S.-Mexico Border to the U.S. capital, Trace grapples with a searing national history to reveal the often unvoiced presence of the past. In distinctive and illuminating prose that is attentive to the rhythms of language and landscapes, she weaves together human stories of migration, silence, and displacement, as epic as the continent they survey, with uplifted mountains, braided streams, and eroded canyons.

A teacher, earth scientist, writer, photographer, and pilot, Lauret Savoy is also a woman of mixed African-American, Euro-American, and Native American heritage. Her courses explore the stories we tell of the American land's origins— and the stories we tell of ourselves in this land. In each course, Savoy challenges students to examine their assumptions about the world and about history. In 2003, she was a recipient of the College's Distinguished Teaching Award. She has also been chosen by senior classes as a Baccalaureate speaker and Last Lecturer.

The inspiring story of a young ornithologist who reintroduced puffins where none had been seen for a century.

Project Puffin is the inspiring story of how a beloved seabird was restored to long-abandoned nesting colonies off the Maine coast. As a young ornithology instructor at the Hog Island Audubon Camp, Dr. Stephen W. Kress learned that puffins had nested on nearby islands until extirpated by hunters in the late 1800s. To right this environmental wrong, he resolved to bring puffins back to one such island—Eastern Egg Rock. Yet bringing the plan to reality meant convincing skeptics, finding resources, and inventing restoration methods at a time when many believed in "letting nature take its course."

Today, Project Puffin has restored more than 1,000 puffin pairs to three Maine islands. But even more exciting, techniques developed during the project have helped to restore rare and endangered seabirds worldwide. Further, reestablished puffins now serve as a window into the effects of climate change. The success of Dr. Kress's project offers hope that people can restore lost wildlife populations and the habitats that support them. The need for such inspiration has never been greater.

Derrick Z. Jackson, a Pulitzer Prize finalist for commentary and an accomplished photographer, is an associate editor and editorial board member of the Boston Globe. He lives in Cambridge, MA.

Derrick will have some of his nature images on display at the event, and will be selling them to benefit the Audubon Society's Derrick Jackson Diversity Scholarship program, which sends educators and environmental workers to Hog Island, Maine.

Project Puffin: The Improbable Quest to Bring a Beloved Seabird Back to Egg Rock (Paperback)