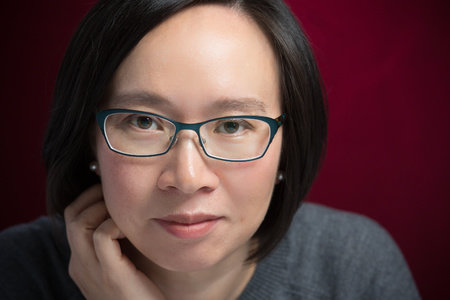 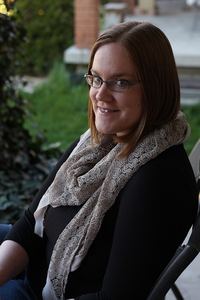 The line between best friend and something more is a line always crossed in the dark.

Jess Wong is Angie Redmond’s best friend. And that’s the most important thing, even if Angie can’t see how Jess truly feels. Being the girl no one quite notices is OK with Jess anyway. If nobody notices her, she’s free to watch everyone else. But when Angie begins to fall for Margot Adams, a girl from the nearby boarding school, Jess can see it coming a mile away. Suddenly her powers of observation are more a curse than a gift.

As Angie drags Jess further into Margot’s circle, Jess discovers more than her friend’s growing crush. Secrets and cruelty lie just beneath the carefree surface of this world of wealth and privilege, and when they come out, Jess knows Angie won’t be able to handle the consequences.

When the inevitable darkness finally descends, Angie will need her best friend.

Malinda Lo is the author of the young adult novels Ash, Huntress, Adaptation, and Inheritance. Ash was a finalist for the William C. Morris YA Debut Award, the Andre Norton Award for YA Science Fiction and Fantasy, the Mythopoeic Fantasy Award, and was a Kirkus Best Book for Children and Teens. She has been a three-time finalist for the Lambda Literary Award. Malinda's nonfiction has been published by The New York Times Book Review, NPR, The Huffington Post, The Toast, The Horn Book, and AfterEllen. Malinda is co-founder with Cindy Pon of Diversity in YA, a project that celebrates diversity in young adult books. She lives in Massachusetts with her partner and their dog.

Victoria-Margaret is the crown princess of the empire, a direct descendent of Victoria I, the queen who changed the course of history. The imperial tradition of genetically arranged matchmaking will soon guide Margaret into a politically advantageous marriage. But before she does her duty, she'll have one summer of freedom and privacy in a far corner of empire. Posing as a commoner in Toronto, she meets Helena Marcus, daughter of one of the empire's greatest placement geneticists, and August Callaghan, the heir to a powerful shipping firm currently besieged by American pirates. In a summer of high-society debutante balls, politically charged tea parties, and romantic country dances, Margaret, Helena, and August discover they share an extraordinary bond and maybe a one-in-a-million chance to have what they want and to change the world in the process.

Set in a near-future world where the British Empire never fell and the United States never rose, That Inevitable Victorian Thing is a surprising, romantic, and thought-provoking story of love, duty, and the small moments that can change people and the world.

E. K. Johnston is the #1 New York Times bestselling author of several YA novels, including the L.A. Time Book Prize finalist The Story of Owen and Star Wars: Ahsoka. Her novel A Thousand Nights was shortlisted for The Governor General's Award. The New York Times called The Story of Owen "a clever first step in the career of a novelist who, like her troubadour heroine, has many more songs to sing" and in its review of Exit, Pursued by a Bear, The Globe & Mail called Johnston "the Meryl Streep of YA," with "limitless range." E. K. Johnston lives in Stratford, Ontario.

A Line in the Dark (Hardcover)