Mark Guerin, You Can See More From Up Here 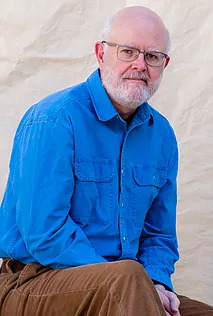 "In this novel, author Guerin beautifully captures the powerful contradictions of the relationship between father and son, which combines elements of friendship and antagonism. The author only gradually discloses Walker’s epiphanies about his dad, which not only transform the protagonist’s personal opinion of him, but also the future arc of his own life. The prose is confident and confessional throughout, and Guerin draws the reader into the compelling story by having Walker unflinchingly reveal his sense of disappointment in himself. Like the journalist he is, Walker clamors for the truth, whether it’s consoling or not. A poignantly told story of ruminative remembrance."-- Kirkus Reviews

In 2004, when middle-aged Walker Maguire is called to the deathbed of his estranged father, his thoughts return to 1974. He’d worked that summer at the auto factory where his dad, an unhappily retired Air Force colonel, was employed as plant physician. Witness to a bloody fight falsely blamed on a Mexican immigrant, Walker kept quiet, fearing his white co-workers and tyrannical father. His secret snowballs into lies, betrayals and eventually the disappearance of the Mexican's family, leading to a life-long rift between father and son that can only be mended by bringing 1974 back to life in 2004 to reveals its long-hidden truths.

Mark Guerin is a 2014 graduate of Grub Street’s Novel Incubator program in Boston. He also has an MFA from Brandeis University and is a winner of an Illinois Arts Council Grant, the Mimi Steinberg Award for Playwriting and Sigma Tau Delta's Eleanor B. North Poetry Award. A contributor to the novelist’s blog, Dead Darlings, he is also a playwright, copywriter and journalist. He currently resides in Harpswell, Maine, with his wife, Carol, and two Brittany Spaniels. YOU CAN SEE MORE FROM UP HERE will be his first published novel.

You Can See More From Up Here (Paperback)