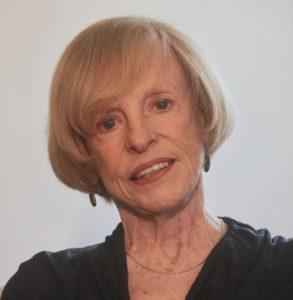 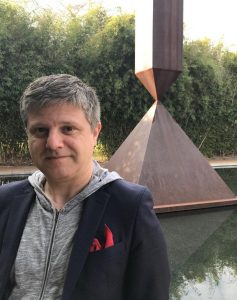 Because What Else Could I Do is a sequence of fifty-five untitled short poems, almost all of them addressed to the poet’s husband during the six months following his sudden and shocking death. Perhaps best known for her historical explorations of sociopolitical issues, Martha Collins did not originally intend to publish these poems. But while they are intensely personal, they make use of all of her poetic attention and skills. Spare, fragmented, musical even in their most heartbreaking moments, the poems allow the reader to share both an intimate expression the poet’s grief and a moving record of her attempt to comprehend the events surrounding her loss.

Martha Collins is the author of Night Unto Night (Milkweed, 2018), Admit One: An American Scrapbook (Pittsburgh, 2016), Day Unto Day (Milkweed, 2014), White Papers (Pitt Poetry Series, 2012), and Blue Front (Graywolf, 2006), a book-length poem based on a lynching her father witnessed when he was five years old. Collins has also published four earlier collections of poems, three books of co-translations from the Vietnamese, and two chapbooks.

Using the lenses of arts critic and scholar of Renaissance literature, Joseph Campana writes poems inspired by a lifetime of consuming LIFE Magazine, locating an individual life in the churning wake of great events. Here is a poet who persists in the hope of reawakening the past.

Joseph Campana is a poet, arts critic, and scholar of Renaissance literature. He is the author of three collections of poetry, The Book of Faces (Graywolf, 2005), Natural Selections (Iowa, 2012), which received the Iowa Poetry Prize, and The Book of Life (Tupelo, 2019). His poetry appears in Slate, Kenyon Review, Poetry, Conjunctions, Guernica, Michigan Quarterly Review, and Colorado Review, while individual poems have won prizes from Prairie Schooner and the Southwest Review. He has received fellowships from the National Endowment for the Arts, the Houston Arts Alliance, and the Bread Loaf Writers’ Conference. He reviews the arts, books, media and culture regularly for The Houston Chronicle, CultureMap, The Kenyon Review, and other venues and is the author of dozens of scholarly essays on Renaissance literature and culture as well as a study of poetics The Pain of Reformation: Spenser, Vulnerability, and the Ethics of Masculinity (Fordham, 2012). He teaches at Rice University where he is Alan Dugald McKillop Professor of English.

Because What Else Could I Do: Poems (Pitt Poetry Series) (Paperback)

The Book of Life (Paperback)