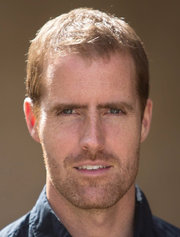 Porter Square Books and Temple Israel are pleased to host Matti Friedman, author of Pumpkinflowers, on May 15 at 7 pm at the Temple.

Pumpkinflowers is an account of an army outpost in Israel’s security zone in southern Lebanon in the 1990s and the men who served there. The Wall Street Journal called it "a book about young men transformed by war, written by a veteran whose dazzling literary gifts gripped my attention from the first page to the last.”

Matti is in the US for the release of the paperback and this will be his sole appearance in the Boston area. He grew up in Toronto, moved to Israel as a teenager and has lived in Jerusalem since 1995. He has worked as a  journalist in Egypt, Morocco, Lebanon, Moscow and Washington, D.C., and spent five years as a reporter and editor in the Jerusalem bureau of the Associated Press. His first book, The Aleppo Codex, won a number of awards including the 2013 Canadian Jewish Book Award for history.

Temple Israel is located at 477 Longwood Ave. in Boston, at the Riverway. Free parking will be available.

Pumpkinflowers: A Soldier's Story of a Forgotten War (Paperback)