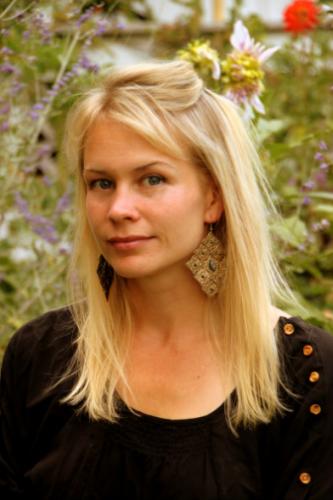 "Almost Famous Women is sharp, compassionate, and strong, just like the women depicted in its pages." -- Emma Straub, author of The Vacationers

Bergman's new story collection explores life on the fringes of fame through the lives of real women who readers may not have heard of but won’t soon forget.

The stories in Almost Famous Women don’t seek to romanticize the women they depict, but rather resurrect them and explore the difficult choices that defined their lives. Cross-dressing Standard Oil heiress Joe Carstairs bought an island and ruled it, while racing boats and womanizing. The conjoined Hilton twins were briefly a show business sensation. Beryl Markham wasn’t just an aviatrix and author—she was also Africa’s first female horse trainer and for awhile lived alone in a tent on a racetrack in Nairobi. The International Sweethearts of Rhythm were the nation’s first integrated, all-girl swing band, and despite their overall excellence they ran into terrifying scenarios touring down south because of Jim Crow laws. Lord Byron’s illegitimate daughter, Oscar Wilde’s wild niece, and Edna St. Vincent Millay’s sister also star in stories in the collection.

Megan Mayhew Bergman grew up in Rocky Mount, NC and attended Wake Forest University. She has graduate degrees from Duke University and Bennington College. Her stories have been anthologized in The Best American Short Stories and New Stories from the South and have appeared in numerous journals including Ploughshares, Oxford American, One Story, and Narrative. She is the recipient of the Fellowship of Southern Writers’ 2015 George Garrett New Writing Award for Fiction and lives in Shaftsbury, VT, with her veterinarian husband, two daughters, four dogs, four cats, one horse, and several goats and chickens.