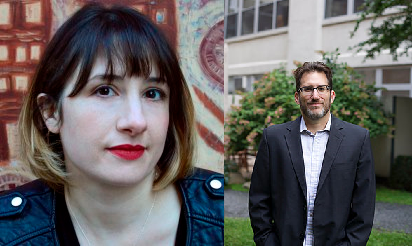 Two journalists weigh in on political history and the 2016 election.

In his presidential inaugural address of January 1965, Lyndon Johnson offered an uplifting vision for America, one that would end poverty and racial injustice. Elected in a landslide over the conservative Republican Barry Goldwater and bolstered by the so-called liberal consensus, economic prosperity, and a strong wave of nostalgia for his martyred predecessor, John Kennedy, Johnson announced the most ambitious government agenda in decades. Three years later, everything had changed. Johnson's approval ratings had plummeted; the liberal consensus was shattered; the war in Vietnam splintered the nation; and the politics of civil rights had created a fierce white backlash. A report from the National Committee for an Effective Congress warned of a "national nervous breakdown."

The election of 1968 was immediately caught up in a swirl of powerful forces, and the nine men who sought the nation's highest office that year attempted to ride them to victory-or merely survive them. On the Democratic side, Eugene McCarthy energized the anti-war movement; George Wallace spoke to the working-class white backlash; Robert Kennedy took on the mantle of his slain brother. Entangled in Vietnam, Johnson, stunningly, opted not to run again, scrambling the odds. On the Republican side, 1968 saw the vindication of Richard Nixon, who outhustled Nelson Rockefeller, Ronald Reagan and George Romney, by navigating between the conservative and moderate wings of the Republican Party. The assassinations of first Martin Luther King, Jr., and then Kennedy seemed to push the country to the brink of chaos, a chaos reflected in the Democratic Convention in Chicago, a televised horror show. Vice President Hubert Humphrey emerged as the nominee, and, finally liberating himself from Johnson's grip, nearly overcame the lead long enjoyed by Nixon who, by exploiting division and channeling the national yearning for order, would be the last man standing.

In American Maelstrom, Michael A. Cohen captures the full drama of this watershed election, establishing 1968 as the hinge between the decline of political liberalism, the ascendancy of conservative populism, and the rise of anti-government attitudes that continue to dominate the nation's political discourse. In this sweeping and immersive book, equal parts compelling analysis and thrilling narrative, Cohen takes us to the very source of our modern politics of division.

"Sarah Jaffe marches into the class war, fighting the good fight with a pen as sharp as any sword." -- Bill Moyers

We are witnessing a moment of unprecedented political engagement and social activism. Pundits once fretted about Americans apathy, but in the last few years we ve seen uprisings and protests across the country: the growth of the Tea Party, the successful fight for a $15 minimum wage, BlackLivesMatter, Occupy Wall Street, and the grassroots networks supporting presidential candidates like Bernie Sanders.
In Necessary Trouble, journalist Sarah Jaffe leads readers into the heart of these movements, explaining what has made ordinary Americans from Seattle to St. Louis to Atlanta become activists. As Jaffe shows, Americans, regardless of political alignment, are boldly challenging who wields power in this country. They are poised to permanently remake politics as we know it and in many cases, they already have.

American Maelstrom: The 1968 Election and the Politics of Division (Pivotal Moments in World History) (Hardcover)

ISBN: 9780199777563
Availability: Available at Wholesaler
Because of how it is sold to us we cannot accept a return of this title.
Published: Oxford University Press, USA - May 3rd, 2016