"When I was forty-five years old, I was identified as a person at risk. A sample of my DNA revealed an inherited genetic mutation. Ironically, because I was in excellent health according to all conventional measures of cardiovascular fitness, I was told that the first symptom I would experience would be sudden death—an unforeseeable, instant, and total failure of the system that sustains my heart beat.

As I entered the strange and secretive world of modern medicine, I really thought I was simply choosing to prevent my sudden death. But the medical intervention to prevent my sudden death almost killed me—more than once. Five years, four surgeries, and three implanted devices later, I see that I was effectively adopted by a close-knit family of genetic researchers, clinicians and surgeons, and medical-device manufacturers. I knew I was dependent on them, and I soon learned that they were not entirely dependable. But did I really trust my own version of the story?

I wrote Life with Sudden Death to answer a simple question: Who has the authority to tell the story of your life?" 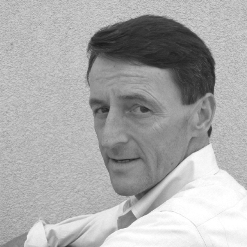 Michael Downing grew up in the Berkshires, graduated from Harvard College in 1980, and spent a year on a fellowship in England. After that, he worked as a contributing editor for the Italian art monthly FMR, the science journal Oceanus, and Harvard Magazine. He has written numerous works of fiction and non-fiction including, Shoes Outside the Door, Spring Forward, and Breakfast with Scot.

Life with Sudden Death: A Tale of Moral Hazard and Medical Misadventure (Hardcover)