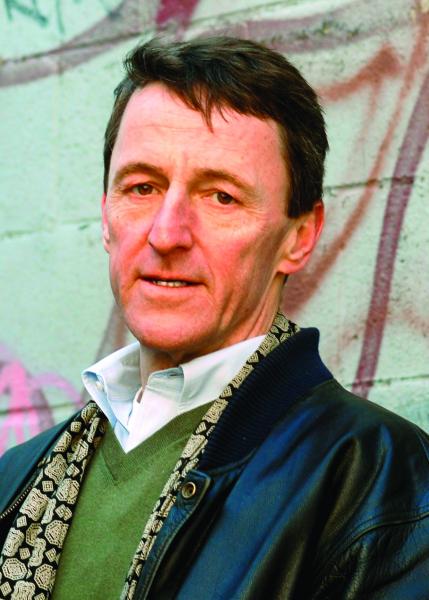 This is your chance to enroll in English 10 at highly rated Hellman College--if you can find a place to sit in the fantastically overcrowded classroom.

Mark Sternum, whom readers first met in Downing's beloved novel Perfect Agreement, is a veteran teacher. Twenty years older, separated for six months from his longtime lover, and desperate to duck the overtures of double-dealing deans above him and disgruntled adjunct faculty below him, Mark has one ambition every day he is on campus--to close the classroom door and leave the world behind. His escape, however, is complicated by his contentious, complicated wrestling match of a relationship with the Professor, the tenured faculty member with whom Mark has co-taught this creative-writing workshop for ten years.

The spectacle of their rigorous, academic relationship is a chance for students--all of us--to learn what an amazing arena the classroom can be. Replete with engaging writing exercises, harsh criticism, and contrarian advice, Still in Love is the story of one semester in a college classroom. And it is an urgent reminder that we desperately need classrooms, that those singular, sealed-off-from-the-world sanctuaries are where we learn to love our lives.

Michael Downing grew up in the Berkshires, graduated from Harvard College, and spent a year on a fellowship in England. After that, he worked as a contributing editor for the Italian art monthly FMR, the science journal Oceanus, and Harvard Magazine. In addition to his books, he has written two plays, premiered by the Triangle Theater of Boston and San Francisco’s New Conservatory Theatre. His essays and reviews appear in the New York Times, Washington Post, Wall Street Journal, as well as Smithsonian, Huffington Post, and other online periodicals.