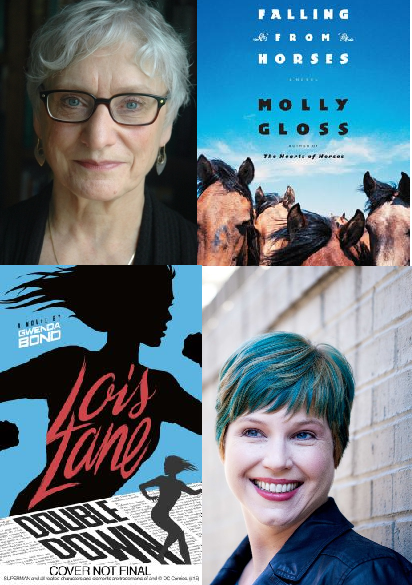 "A beautiful, moving novel, cut from the American heartwood." -- Ursula K. Le Guin, author of Lavinia and The Unreal and the Real

In 1938, nineteen-year-old ranch hand Bud Frazer sets out for Hollywood, his sights set on becoming a stunt rider in the movies and rubbing shoulders with the great screen cowboys of his youth. On the long bus ride south from Echol Creek, Bud meets a young woman who also harbors dreams of making it in the movies, not as a starlet but as a writer. Lily Shaw is bold and outspoken, more confidentthan her small frame and bookish looks seem to allow. The two strike up an unlikely kinship that will carry them through their tumultuous days in Hollywood. Through the wide eyes and lofty dreams of two people trying to make their mark on the world, Molly Gloss weaves a remarkable tale of humans and horses, hope and heartbreak, told by one of the most winning narrators ever to walk off the page.

Molly Gloss is the best-selling author of The Hearts of Horses; The Jump-Off Creek, winner of both the Pacific Northwest Booksellers Award and the Oregon Book Award; The Dazzle of Day, winner of the PEN Center West Fiction Prize; and Wild Life, winner of the James Tiptree Jr. Award.

Lois Lane has settled in to her new school. She has friends, for maybe the first time in her life. She has a job that challenges her. And her friendship is growing with SmallvilleGuy, her online maybe-more-than-a-friend. But when her friend Maddy's twin collapses in a part of town she never should've been in, Lois finds herself embroiled in adangerous mystery that brings her closer to the dirty underbelly of Metropolis.

Gwenda Bond is the author of the young adult novels Girl on a Wire, Blackwood, and The Woken Gods. She has also written for Publishers Weekly and the Los Angeles Times, among other publications, and just might have been inspired to get a journalism degree by her childhood love of Lois Lane. She has an MFA in Writing from the Vermont College of Fine Arts, and lives in a hundred-year-old house in Lexington, Kentucky, with her husband, author Christopher Rowe, and their menagerie.