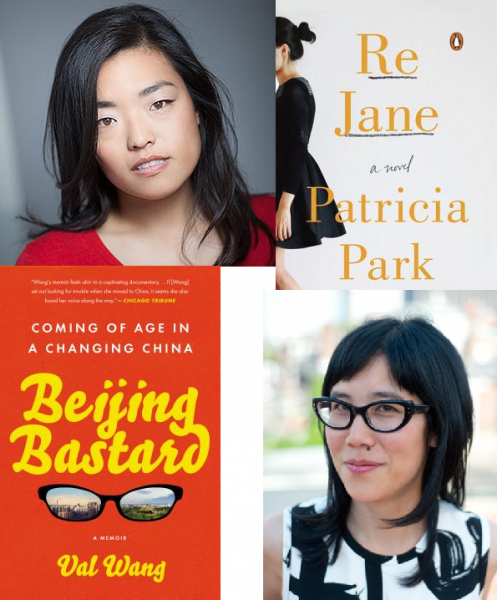 For Jane Re, half-Korean, half-American orphan, Flushing, Queens, is the place she's been trying to escape from her whole life. Sardonic yet vulnerable, Jane toils, unappreciated, in her strict uncle's grocery store and politely observes the traditional principle of "nunchi" (a combination of good manners, hierarchy, and obligation). Desperate for a new life, she's thrilled to become the au pair for the Mazer-Farleys, two Brooklyn English professors and their adopted Chinese daughter. Inducted into the world of organic food co-ops and nineteenth century novels, Jane is the recipient of Beth Mazer's feminist lectures and Ed Farley's very male attention. But when a family death interrupts Jane and Ed's blossoming affair, she flies off to Seoul, leaving New York far behind.

Reconnecting with family, and struggling to learn the ways of modern-day Korea, Jane begins to wonder if Ed Farley is really the man for her. Jane returns to Queens, where she must find a balance between two cultures and accept who she really is. Re Jane is a bright, comic story of falling in love, finding strength, and living not just out of obligation to others, but for one's self.

Journeying from Queens to Brooklyn to Seoul, and back, this is a fresh, contemporary retelling of Jane Eyre and a poignant Korean American debut.

Patricia Park was born and raised in New York City. She earned her BA in English from Swarthmore College and an MFA in Fiction from Boston University, where she studied with Ha Jin and Allegra Goodman. A former Fulbright Scholar and Emerging Writer Fellow at the Center for Fiction, she has published essays in the New York Times, Slice, and The Guardian. She lives in Brooklyn, New York.

A humorous and moving coming-of-age story that brings a unique, not-quite-outsider's perspective to China's shift from ancient empire to modern superpower.

Raised in a strict Chinese-American household in the suburbs, Val Wang dutifully got good grades, took piano lessons, and performed in a Chinese dance troupe until she shaved her head and became a leftist, the stuff of many teenage rebellions. But Val's true mutiny was when she moved toChina, the land her parents had fled before the Communist takeover in 1949.

Val arrives in Beijing in 1998 expecting to find freedom but instead lives in the old city with her traditional relatives, who wake her at dawn with the sound of a state-run television program playing next to her cot, make a running joke of how much she eats, and monitor her every move. But outside, she soon discovers a city rebelling against its roots just as she is, struggling too to find a new, modern identity. Rickshaws make way for taxicabs, skyscrapers replace hutong courtyard houses, and Beijing prepares to make its debut on the world stage with the 2008 Olympics. And in the gritty outskirts of the city where she moves, athriving avant-garde subculture is making art out of the chaos. Val plunges into the city's dizzying culture and nightlife and begins shooting a documentary, about a Peking Opera family who is witnessing the death of their traditional art.

Brilliantly observed and winningly told, Beijing Bastard is a compelling story of a young woman finding her place in the world and ofChina, as its ancient past gives way to a dazzling but uncertain future.

Val Wang is an author and multimedia storyteller. She most recently created and produced Planet Takeout, an interactive, multi-platform documentary on the role of Chinese takeouts as a vital cultural crossroads in America. She teaches in the English and Media Studies Department of Bentley University. Val lives in Boston, but her heart is still partly in Beijing.

Re Jane: A Novel (Paperback)

Beijing Bastard: Coming of Age in a Changing China (Paperback)