Poetry Reading from The Plume Anthology of Poetry 2013 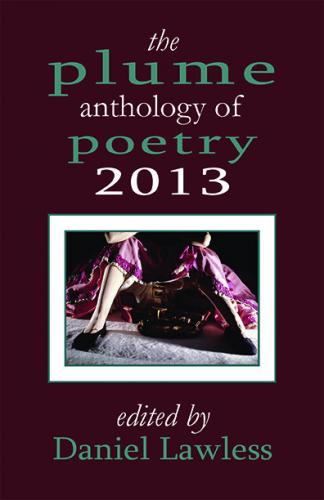 Join Porter Square Books for a reading by contributors to The Plume Anthology of Poetry 2013, with the editor of Plume, Daniel Lawless.

The readers for this event are:

Martha Collins is the author of the book-length poem Blue Front, which won an Anisfield-Wolf Award and was one of the New York Public Library’s 25 Books to Remember from 2006. Her most recent collections of poems are White Papers and Day Unto Day. She has also published four earlier collections of poems, and three collections of co-translations of Vietnamese poetry.

Len Krisak is an award-winning poet and translator. His awards include a Robert Frost Prize, a Robert Penn Warren Prize, a Richard Wilbur Award and a Der-Hovanessian Translation Award. His work includes a complete translation of the odes of Horace and, most recently, a translation of the poet Publius Vergilius Maro titled Virgil’s Eclogues.

David Rivard’s most recent book is Otherwise Elsewhere: Poems. Wise Poison won the James Laughlin Prize from the Academy of American Poets. His poems and essays appear in the American Poetry Review, TriQuarterly, Ploughshares, Poetry London, and many other magazines. In 2006, Rivard was awarded the Hardison Poetry Prize from the Folger Shakespeare Library.

Daniel Tobin is the author of many books of poems and critical studies. His most recent publications are The Net, Belated Heavens, and Awake in America. His awards include the The Robert Penn Warren Award, a Robert Frost Fellowship, and creative writing fellowships from the National Endowment for the Arts and the John Simon Guggenheim Foundation.

Clare Rossini is the author of three collections of poetry: Lingo, Winter Morning with Crow, and Selections from the Claudia Poems. Her poems and essays have appeared in a range of journals and anthologies, including Poetry, The Paris Review, Ploughshares, The Kenyon Review, Poets for a New Century, and the Best American Poetry.

Ciaran Berry’s most recent book is The Dead Zoo. His  poems have been widely published in American and Irish journals and selected for Best New Poets 2006 and Best American Poetry 2008. The Sphere of Birds, won the Crab Orchard Series Award of Southern Illinois University Press, the 2008 Jerwood Aldeburgh Prize and the inaugural Michael Murphy Memorial Award, 2011. In 2012 he received a Whiting Writers’ Award for poetry.