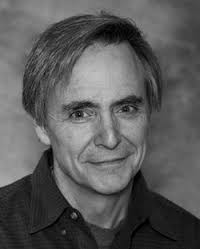 Now that we've pretty much ruined planet Earth--no big secret--science tells us the human race could be doomed. Well, not all science, but some of it, enough to have sparked a lively interest in setting up someplace else.

The answer is the moon of course, and that's what this book explores: the many ways in which today's scientists, entrepreneurs, architects and, yes, a few loonies are working to get colonies established there ASAP. Filled with research, interviews and expert projections, these pages reveal how a web of fantastic new technologies could give mankind a brand new start off-world.

The only worm in the ointment is human nature. It's the one thing pioneers in this business almost never discuss. Yet it's of vital concern: given a second chance on the moon, will we use it to create at last a sane and peaceful society? Or will we make a desperate hash of things all over again?

Here's your doorway to the moon of tomorrow. Pass through and decide for yourself.

Pope Brock is a writer, teacher and DJ living in Arlington, Massachusetts. He is the author of three books: Indiana Gothic, about the murder of his great-grandfather; Charlatan: America’s Most Dangerous Huckster, The Man Who Pursued Him and The Age of Flim Flam, about the most successful quack in American history, and Another Fine Mess: Life on Tomorrow’s Moon, a work of what might be called speculative nonfiction. His articles have appeared in GQ, Esquire, Rolling Stone, the London Sunday Times Magazine and many other publications.