On Saturday, January 28 at 10am, Meghan Joyce Tozer, author of Night, Forgotten, will be at Porter Square Books in Cambridge to sign and personalize copies of her books. We invite you to swing by the store and meet her! 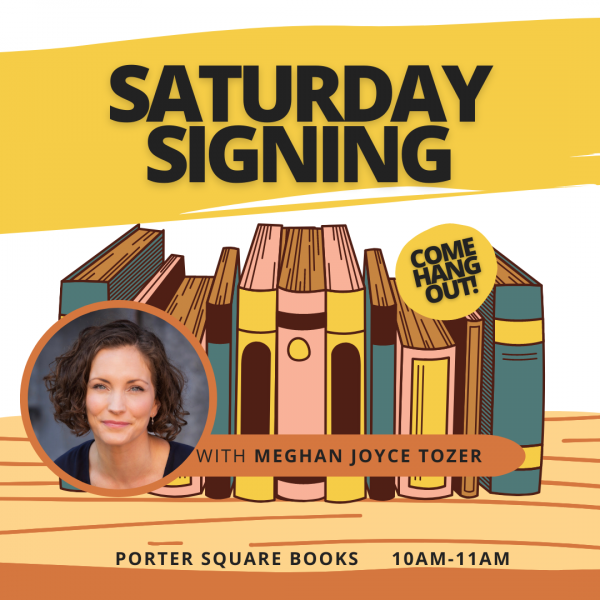 Meghan Joyce Tozer, a former lyric soprano and music historian, was born and raised outside Boston, Massachusetts. After graduating from Harvard University and earning a Ph.D. from the University of California, Santa Barbara, she moved to San Francisco’s East Bay where she lives among the redwoods with her husband, their two young children, and their dog. Using the pen name Emily Lindin, in 2013 Meghan founded The UnSlut Project, an online community where survivors of sexual abuse find solidarity through personal story sharing. She is the author of UnSlut: A Diary and a Memoir (Lerner, 2015), director of UnSlut: A Documentary Film (2016), and has been a featured guest on ABC with Katie Couric, CNN, Deutsche Welle, Radio Ireland, The Doctors, Al Jazeera America, and NPR's Here and Now.