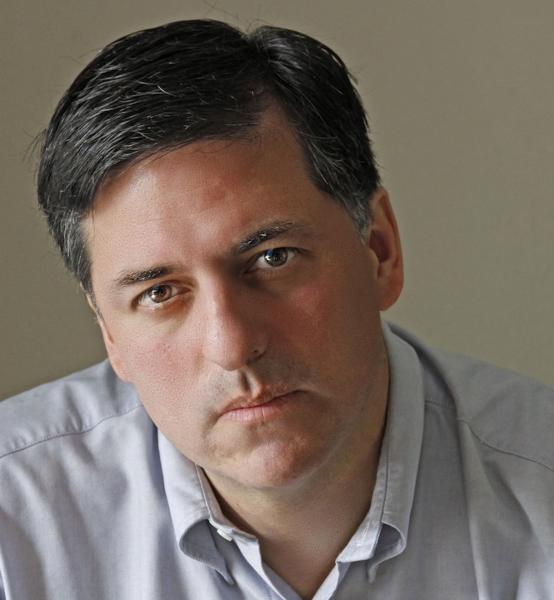 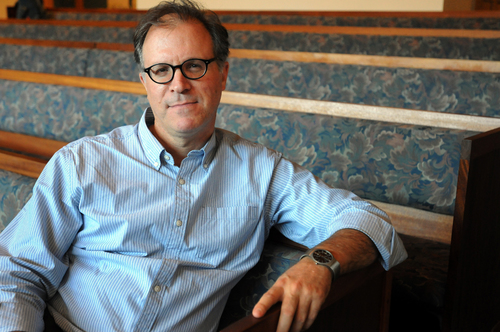 Join authors Sergio Troncoso and Ilan Stavans as they appear in conversation to discuss their new books!

"A Peculiar Kind of Immigrant's Son is Troncoso at his absolute finest … a masterwork bursting with immigrant intimacies, electrifying truths and hard-earned tenderness.  This is a book I could not let go of, that took me from El Paso to New England to Mexico and to the labyrinths beyond.  In these aching stories Troncoso has perfectly captured the diasporic dilemma of those of us who have had to leave our first worlds  - how that exile both haunts and liberates, heals and injures.  An extraordinary performance."--Junot Díaz, Pulitzer-Prize-winning author of The Brief Wondrous Life of Oscar Wao

How does a Mexican-American, the son of poor immigrants, leave his border home and move to the heart of gringo America? How does he adapt to the worlds of wealth, elite universities, the rush and power of New York City? How does he make peace with a stern old- fashioned father who has only known hard field labor his whole life? With echoes of Dreiser’s American Tragedy and Fitzgerald’s Gatsby,Troncoso writes about aging and introspection, love and marriage, and the feeling of displacement due to race, machismo, and interracial relationships. He tells his luminous stories through the lens of an exile adrift in the 21st century, his characters suffering from the loss of culture and language, the loss of roots and home as they adapt to the glittering promises of new worlds, which ultimately seem so empty.

Sergio Troncoso is the author of The Last Tortilla and Other Stories, Crossing Borders: Personal Essays, and the novels The Nature of Truth and From This Wicked Patch of Dust. He's taught at the Yale Writers' Workshop for many years. Troncoso is Vice President of the Texas Institute of Letters and a member of the Hispanic Scholarship Fund's Alumni Hall of Fame. He has also been a recipient of numerous awards, including the International Latino Book Award, the Premio Aztlan Literary Prize, and the Southwest Book Award. He was born in El Paso, Texas, and attended Harvard College and Yale University, where he earned graduate degrees in international relations and philosophy.

Internationally renowned essayist and cultural commentator Ilan Stavans spent five years traveling from across a dozen countries in Latin America, in search of what defines the Jewish communities in the region, whose roots date back to Christopher Columbus’s arrival. In the tradition of V.S. Naipaul’s explorations of India, the Caribbean, and the Arab World, he came back with an extraordinarily vivid travelogue. Stavans talks to families of the desaparecidos in Buenos Aires, to “Indian Jews,” and to people affiliated with neo-Nazi groups in Patagonia. He also visits Spain to understand the long-term effects of the Inquisition, the American Southwest habitat of “secret Jews,” and Israel, where immigrants from Latin America have reshaped the Jewish state. Along the way, he looks for the proverbial “seventh heaven,” which, according to the Talmud, out of proximity with the divine, the meaning of life in general, and Jewish life in particular, becomes clearer. The Seventh Heaven is a masterful work in Stavans’s ongoing quest to find a convergence between the personal and the historical.

In 2017, the New York Times announced that the long-lost memoir of Luis de Carvajal the Younger had been rediscovered. Considered the first autobiography by a Jew in the Americas, the book had been stolen decades earlier from Mexico's National Archives. In The Return of Carvajal, Ilan Stavans recounts the extraordinary and entertaining story of the reappearance of this precious object and how its discovery opened up new vistas onto the world of secret Jews escaping the Spanish Inquisition.

Ilan Stavans is the Publisher of Restless Books and the Lewis-Sebring Professor of Humanities, Latin American and Latino Culture at Amherst College. His books include On Borrowed Words, Spanglish, Dictionary Days, The Disappearance, and A Critic’s Journey. He has edited The Norton Anthology of Latino Literature, the three-volume set Isaac Bashevis Singer: Collected Stories, The Poetry of Pablo Neruda, among dozens of other volumes. He is the recipient of numerous awards and honors, including a Guggenheim Fellowship, Chile’s Presidential Medal, the International Latino Book Award, and the Jewish Book Award. Stavans’s work, translated into twenty languages, has been adapted to the stage and screen. A cofounder of the Great Books Summer Program at Amherst, Stanford, Chicago, Oxford, and Dublin, he is the host of the NPR podcast "In Contrast."

The Return of Carvajal: A Mystery (Hardcover)