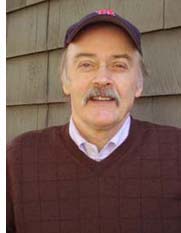 Home to one of the largest oil refineries in the state, Richmond, California, was once a typical company town bankrolled by Chevron. This largely nonwhite, working-class city of a hundred thousand had experienced the by-products of decades’ worth of poverty, substandard housing, and poorly funded public education. It had one of the highest homicide rates, per capita, in the country and a jobless rate often twice the national average.

But in 2012, when veteran labor reporter Steve Early moved from New England to Richmond, he witnessed a surprising transformation. In Refinery Town, Early chronicles the ten years of successful community organizing in Richmond that raised the minimum wage, defeated a casino development project, created a municipal ID to aid undocumented workers, reduced crime through “community policing,” challenged home foreclosures, and took on a big oil giant. This compelling story of a city remade provides a model for citizens engaged in local politics and community building anywhere.

Steve Early has been an active labor journalist and organizer for over forty years. His work appears in the New York Times, Boston Globe, and The Nation, among other publications. He is the author of four books, including Save Our Unions: Dispatches of a Movement in Distress. He lives in Richmond, CA.