"Humanity has a new weapon against the living dead and that weapon is Steven Schlozman!"
Max Brooks, author of World War Z

"I've written and made films about zombies for over forty years. In all that time, I've never been able to convince my audience that zombies actually exist. On page one of The Zombie Autopsies, Steven Schlozman takes away any doubt. This fast-moving, entertaining work will have you chuckling...and worrying."
George A. Romero, director of Night of the Living Dead 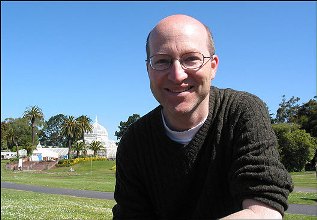 Steven C. Schlozman, MD studied English and biology in Northern California and taught high school English and science before starting medical school in New England. After training in psychiatry, he joined the faculty at Massachusetts General Hospital and Harvard Medical School, where he is currently an assistant professor of psychiatry. Long a fan of popular culture and horror films, he has written about movies, books, pop songs, and sports for the Boston Globe, Psychology Today, and in academic journals. he lives in suburban Boston with his wife and two daughters. This is his first novel.

The Zombie Autopsies: Secret Notebooks from the Apocalypse (Hardcover)