Tara Sullivan, The Bitter Side of Sweet 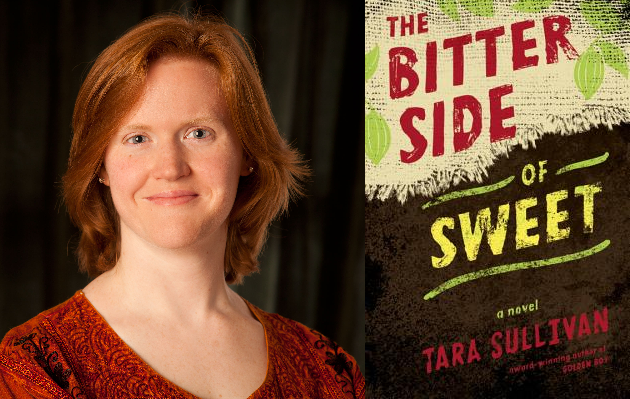 Fifteen-year-old Amadou counts the things that matter. For two long years, what’s mattered are cacao pods. The more Amadou can chop down in a single day, the better his chances are of keeping the bosses’ beatings at bay, keeping himself and his little brother, Seydou, alive and then maybe, just maybe, returning home to Baba and Auntie. At least he hopes so. But the bosses won’t tell him the number that matters most—the number that equals freedom.

When the boys first left their farm life in Mali, they only wanted to make some money to help their impoverished family survive the lean times. They never imagined they’d end up as forced labor on a cacao plantation in the Ivory Coast. But that’s exactly what happened, and each day that passes, they lose a little more fight, a little more hope that they’ll ever be free or see their home again.

Then one day, a girl—Khadija—arrives at the camp. There’s never been a girl on the farm before and she is a wild thing, fighting every day to get away and reawakening Amadou’s thoughts of escape. But when the bosses finally break her, and the unthinkable happens to Seydou, Amadou understands the only choice left—the only choice they’ve ever had—is to run . . . or die without their loved ones ever knowing what happened to them. The three band together as family and try just once more for home.

Tara Sullivan was born in India and spent her childhood living in Bangladesh, Ecuador, Bolivia and the Dominican Republic with her parents, who were international aid workers. She received a BA in Spanish literature and cognitive science from the University of Virginia, and a MA in Latin American Studies and a MPA in non-profit management from Indiana University. She currently teachers high school Spanish and lives in Massachusetts.

The Bitter Side of Sweet (Hardcover)