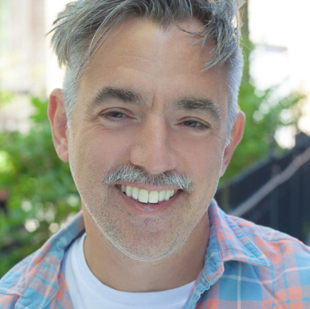 Massachusett-native Tim Murphy reads from and discusses his newest novel in conversation with Porter Square Books' bookseller and events coordinator, Leila Meglio. This event is co-sponsored by the Center for Arabic Culture.

"Murphy artfully connects multiple narratives to produce a sprawling tale of love, family, duty, war, and displacement. It is above all a stinging indictment of the ill-fated war in Iraq and the heavy tolls it continues to exact on its people."--Khaled Hosseini, author of The Kite Runner

The world is Rita Khoury's oyster. The bright and driven daughter of a Boston-area Irish-Arab family that has risen over the generations from poor immigrants to part of the coastal elite, Rita grows up in a 1980s cultural mishmash. Corned beef and cabbage sit on the dinner table alongside stuffed grape leaves and tabooleh, all cooked by Rita's mother, an Irish nurse who met her Lebanese surgeon husband while working at a hospital together. The unconventional yet close-knit family bonds over summers at the beach, wedding line-dances, and a shared obsession with the Red Sox.

Rita charts herself an ambitious path through Harvard to one of the best newspapers in the country. She is posted in cosmopolitan Beirut and dates a handsome Palestinian would-be activist. But when she is assigned to cover the America-led invasion of Baghdad in 2003, she finds herself unprepared for the warzone. Her lifeline is her interpreter and fixer Nabil al-Jumaili, an equally restless young man whose dreams have been restricted by life in a deteriorating dictatorship, not to mention his own seemingly impossible desires. As the war tears Iraq apart, personal betrayal and the horrors of conflict force Rita and Nabil out of the country and into twisting, uncertain fates. What lies in wait will upend their lives forever, shattering their own notions of what they're entitled to in a grossly unjust world.

Epic in scope, by turns satirical and heartbreaking, and speaking sharply to America's current moment, Correspondents is a whirlwind story about displacement from one's own roots, the violence America promotes both abroad and at home, and the resilience that allows families to remake themselves and endure even the most shocking upheavals.

Tim Murphy is the author of Christodora, longlisted for the Andrew Carnegie Medal. He has reported on HIV/AIDS for twenty years, for such publications as POZ Magazine, where he was an editor and staff writer, Out, Advocate, and New York. He lives in Brooklyn.

The Center for Arabic Culture is guided by its mission to promote Arabic Culture and the Arab-American experience through education and the arts. The CAC strives to provide the general public with the opportunity to learn more about the different aspects of Arab culture. Whether you are interested in Arabic music, dance, calligraphy or language, the CAC offers a class for you. Being a non-profit whose mission is to promote Arab culture in all of its regional varieties, the CAC strives to make classes and events as affordable and accessible as possible. Learn more at http://www.cacboston.org!