Tracy Strauss & Meredith Goldstein, I Just Haven't Met You Yet 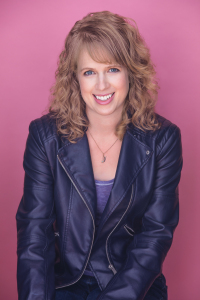 Debut author Tracy Strauss reads from her book I Just Haven't Met You Yet, in conversation with author and Boston Globe Love Letters columnist Meredith Goldstein.

I Just Haven’t Met You Yet details Tracy Strauss’s dating history and her journey to dismantle the effects and stigmas of an abusive past, break free of destructive relationship patterns, and ultimately conquer her fear of truly being seen by the world, flaws and all. The author shares the transformative lessons she learned and self-empowerment she achieved while passing each hurdle along the way to finding the love of her life.

Tracy Strauss helps readers empower themselves by taking a challenging look at the ways the negative events of their lives, including sexual harassment and abuse, have shaped their self-perception and created obstacles to personal success, and how readers can change that troubled self-image along with their (love) lives.

The 2015 Writers' Room of Boston Nonfiction Fellow and former essays editor of The Rumpus, Tracy Strauss has been named by Bustle as one of eight women writers with advice to follow. Winner of the Barbara Deming Memorial Fund Award for Nonfiction, and a contributor to Glamour’s sex and relationships column, she has been featured on television in her role as a relationship blogger for the Huffington Post. Her essays and articles have appeared in Ms., Salon, Poets & Writers Magazine, New York Magazine, Writer's Digest Magazine, Publishers Weekly, Cognoscenti, and The Southampton Review, among other publications, and she has written and spoken extensively on writing and publishing #MeToo-themed narrative nonfiction. The 2013-2014 VP of the Women's National Book Association Boston Chapter, she currently teaches writing at the New England Conservatory and Grub Street in Boston. In her free time, she moonlights as a Zumba instructor at the YMCA, Boston Sports Club, and Cambridge Athletic Club.

Meredith Goldstein is an advice columnist and entertainment reporter for The Boston Globe. Her advice column, Love Letters, is a daily dispatch of wisdom for the lovelorn that has been running online and in the paper since 2009. The first season of the Love Letters podcast launched in 2018. Meredith’s books include her memoir, Can’t Help Myself: Lessons and Confessions From a Modern Advice Columnist; Chemistry Lessons, a young adult novel about a young woman who uses science to manipulate her love life; and The Singles, a novel about a group of dateless guests at a wedding. Meredith has been interviewed by – and written for –  The Washington Post, Bustle, Elite Daily, Apartment Therapy, Shondaland, and Real Simple.

I Just Haven't Met You Yet: Finding Empowerment in Dating, Love, and Life (Hardcover)