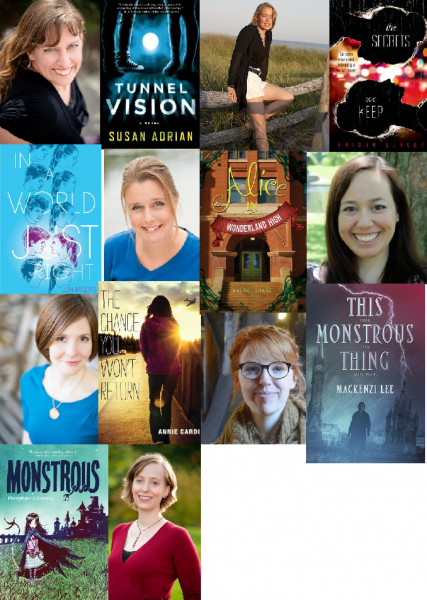 In celebration of the release of her debut YA thriller, Tunnel Vision, Susan Adrian has hit the road with her Tunnel Tour, a panel event featuring Susan along with fellow YA (and one MG!) authors Jen Brooks (In a World Just Right), Annie Cardi (The Chance You Won't Return), MarcyKate Connolly (Monstrous), Trisha Leaver (The Secrets We Keep), and Rachel Shane (Alice in Wonderland High), moderated by YA debut author Mackenzi Lee (This Monstrous Thing, out in September). The panel will discuss their books and pull the curtains back on the debut publishing process. 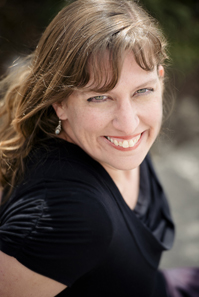 Jake Lukin just turned 18. He's decent at tennis and Halo, and waiting to hear on his app to Stanford. But he's also being followed by a creep with a gun, and there's a DARPA agent waiting in his bedroom. His secret is blown. When Jake holds a personal object, like a pet rock or a ring, he has the ability to "tunnel" into the owner. He can sense where they are, like a human GPS, and can see, hear, and feel what they do. It's an ability the government would do anything to possess: a perfect surveillance unit who could locate fugitives, spies, or terrorists with a single touch. Jake promised his dad he’d never tell anyone about his ability. But his dad died two years ago, and Jake slipped. If he doesn't agree to help the government, his mother and sister may be in danger. Suddenly he's juggling high school, tennis tryouts, flirting with Rachel Watkins, and work as a government asset, complete with 24-hour bodyguards.

Forced to lie to his friends and family, and then to choose whether to give up everything for their safety, Jake hopes the good he's doing—finding kidnap victims and hostages, and tracking down terrorists—is worth it. But he starts to suspect the good guys may not be so good after all. With Rachel's help, Jake has to try to escape both good guys and bad guys and find a way to live his own life instead of tunneling through others.

Susan Adrian is a 4th-generation Californian who somehow stumbled into living in Montana. As a child she danced in a ballet company and read plays dramatically to blackberry bushes. Later she got a degree in English from the University of California Davis and worked in the fields of exotic pet-sitting, clothes-schlepping, and bookstore management. She’s settled in, mostly, as a scientific editor. When she’s not hanging out with her husband and daughter, she keeps busy researching spy stuff, learning Russian, traveling, and writing more books. Tunnel Vision is her first novel. 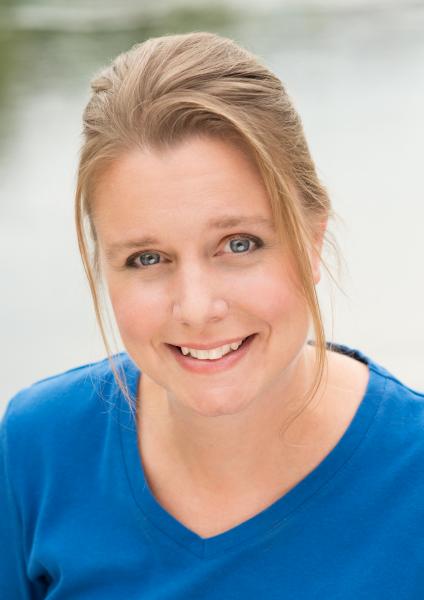 Jonathan Aubrey doesn’t have to change the real world to have what he wants.

After an infamous airline disaster killed his family and scarred his face, Jonathan awoke with a magnificent power: he could create worlds at will.

He started by shooting aliens in Jonathan-is-a-hero, then learning sexy moves in Jonathan’s-smokin’-hot-dance-club. Eventually, his loneliness drove him to create Kylie-Simms-is-my-girlfriend, a world that gave him everything the real world didn’t—friends, passing grades, and the girl of his dreams.

But when Jonathan confuses his worlds and tries to kiss the real Kylie Simms, everything unravels. The real Kylie not only notices Jonathan, but begins obsessing over him, and fantasy Kylie struggles to love Jonathan as she was created to do—with disastrous consequences. As his worlds collide, Jonathan must confront the truth of his power and figure out where he actually belongs before he loses both Kylies forever.

Jen Brooks has a habit of being deeply moved by profound ideas, and her writing reflects her interest in exploring human goodness, relationships, and the feeling of being a part of something greater than oneself. She loves the science fiction and fantasy genres because of their dazzling possibilities for portraying characters and ideas. She credits her undergraduate experience at Dartmouth College, her MFA at Seton Hill University, and her fourteen years of English teaching with shaping her writing.  She is grateful to her family, friends, and students for inspiring her to write. Driver’s ed and a first crush should be what Alex Winchester is stressed out about in high school — and she is. But what’s really on her mind is her mother. Why is she dressing in Dad’s baggy khaki pants with a silk scarf around her neck? What is she planning when she pores over maps in the middle of the night? When did she stop being Mom and start being Amelia Earhart? Alex tries to keep her budding love life apart from the growing disaster at home as her mother sinks further into her delusions. But there are those nights, when everyone else is asleep, when it’s easier to confide in Amelia than it ever was to Mom. Now, as Amelia’s flight plans become more intense, Alex is increasingly worried that Amelia is planning her final flight — the flight from which she never returns. What could possibly be driving Mom’s delusions, and how far will they take her?

Annie Cardi holds an MFA in creative writing from Emerson College. Her short stories have appeared in the Georgetown Review, Vestal Review, and other publications. In 2011, PEN New England selected her as a winner of the Susan P. Bloom Children’s Book Discovery Award for the manuscript that would become The Chance You Won’t Return, her debut novel. Annie Cardi lives near Boston with her husband and a portrait of a sea captain. The city of Bryre suffers under the magic of an evil wizard. Because of his curse, girls sicken and disappear without a trace, and Bryre's inhabitants live in fear. No one is allowed outside after dark.

Despite her caution, a boy named Ren sees Kym and begins to leave a perfect red rose for her every evening. As they become friends, Kym learns that Ren knows about the missing girls, the wizard, and the evil magic that haunts Bryre.

And what he knows will change Kym's life.

Reminiscent of Frankenstein and the tales of the Brothers Grimm, this debut novel by MarcyKate Connolly stands out as a compelling, original story that has the feel of a classic.

MarcyKate Connolly is an author and arts administrator living in New England with her husband and pugs. 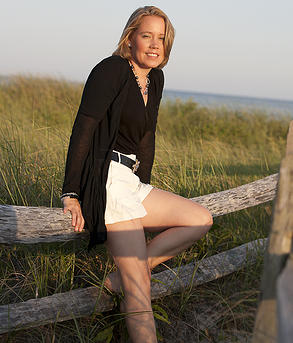 Ella and Maddy Lawton are identical twins. Ella has spent her high school years living in popular Maddy's shadows, but she has never been envious of Maddy. In fact, she's chosen the quiet, safe confines of her sketchbook over the constant battle for attention that has defined Maddy's world.

When -- after a heated argument -- Maddy and Ella get into a tragic accident that leaves her sister dead, Ella wakes up in the hospital surrounded by loved ones who believe she is Maddy. Feeling responsible for Maddy's death and everyone's grief, Ella makes a split-second decision to pretend to be Maddy. Soon, Ella realizes that Maddy's life was full of secrets. Caught in a web of lies, Ella is faced with two options -- confess her deception or live her sister's life.

Trisha Leaver is the co-author of Creed and lives on Cape Cod with her husband and children. 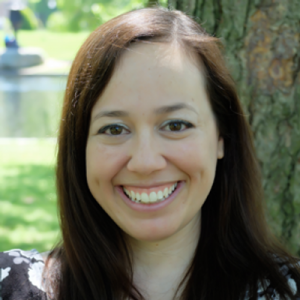 Sixteen-year-old Alice just can’t find a way to be free. Her parents are environmental activists, whose cringe-worthy public protests might involve chaining themselves to a fence and pleading with passersby to "Save the World. Save Alice!" It's not that Alice doesn't believe there's work to be done. But after a petition to start a farmers market meets with more snickers than signatures, she figures she should shut up instead of speaking out. At least, that is, until she can find something that feels real. Then along comes Whitney Lapin, a girl who speaks in cryptic riddles and spends her free time turning abandoned warehouses into beautiful gardens. Charismatic Whitney leads Alice on a rabbit trail into the underground -- aka secret society -- of Wonderland High. Curiouser and curiouser.

Alice is in wonderland! Even though Whitney's group of teenage environmental vigilantes operates on the wrong side of the law, with them, Alice is finally free to be herself. She stomps on her good-girl image by completing a series of environmental pranks to impress the new group: flooding the school and disguising a pig as a baby in order to smuggle it out of a testing facility. She wants to trust them, and she especially wants to trust (or maybe kiss) Chester Katz, a boy with a killer smile, a penchant for disappearing, and a secret that will turn Alice's world backwards. But then, one of the young vigilantes tries to frame Alice for all the pranks, and she must figure out their secret before she ends up in front of a jury screaming," Off with her head!"

Rachel Shane works in digital publishing where she oversees the creation of ebooks, iPad apps, and other technologies for a major publisher in NYC. Prior to working in publishing, she was a computer animator where she designed the 2007 Superbowl graphics, a 3D Barbie movie, and a bazillion commercials. 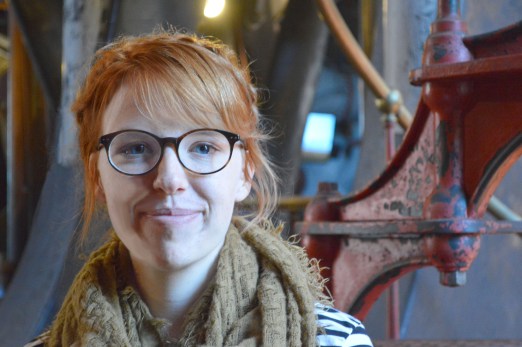 Heart-broken and desperate, Alasdair does the unthinkable: He brings Oliver back from the dead. But putting back together a broken life is more difficult than mending bones and adding clockwork pieces. Oliver returns more monster than man, and Alasdair’s horror further damages the already troubled relationship.

Then comes the publication of Frankenstein and the city intensifies its search for Shadow Boys, aiming to discover the real life doctor and his monster. Alasdair finds refuge with his idol, the brilliant Dr. Geisler, who may offer him a way to escape the dangerous present and his guilt-ridden past, but at a horrible price only Oliver can pay…

Mackenzi Lee is reader, writer, bookseller, unapologetic fangirl, and fast talker. She holds an MFA from Simmons College in writing for children and young adults, and her short fiction for children and teens has appeared in Inaccurate Realities, The Friend, and The Newport Review. She loves Diet Coke, sweater weather, and Star Wars. On a perfect day, she can be found enjoying all three. She currently calls Boston home.

In a World Just Right (Hardcover)

The Chance You Won't Return (Hardcover)