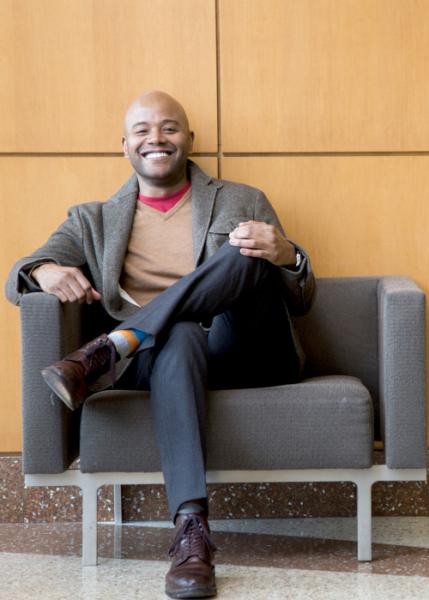 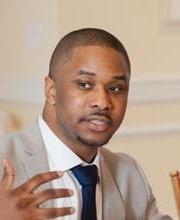 *Porter Square Books is delighted to bring our event with Peniel E. Joseph for The Sword and the Shield: The Revolutionary Lives of Malcolm X and Martin Luther King Jr. --direct to your computer screen! Mr. Joseph is joined in conversation by Brandon Terry.*

This event is hosted on Crowdcast, and is free and open to all. To attend, register here: https://www.crowdcast.io/e/SwordAndShield

This dual biography of Malcolm X and Martin Luther King upends longstanding preconceptions to transform our understanding of the twentieth century's most iconic African American leaders.

To most Americans, Malcolm X and Martin Luther King Jr. represent contrasting ideals: self-defense vs. nonviolence, black power vs. civil rights, the sword vs. the shield. The struggle for black freedom is wrought with the same contrasts. While nonviolent direct action is remembered as an unassailable part of American democracy, the movement's militancy is either vilified or erased outright. In The Sword and the Shield, Peniel E. Joseph upends these misconceptions and reveals a nuanced portrait of two men who, despite markedly different backgrounds, inspired and pushed each other throughout their adult lives. This is a strikingly revisionist biography, not only of Malcolm and Martin, but also of the movement and era they came to define.

Peniel E. Joseph is the Barbara Jordan Chair in Ethics and Political Values at the LBJ School of Public Affairs and professor of history at the University of Texas at Austin. He has written several previous books on African American history, including Stokely: A Life. He lives in Austin, Texas.

Brandon M. Terry is Assistant Professor of African and African American Studies and Social Studies at Harvard University. He has written or provided commentary for NPR, WGBH, the Huffington Post, The Baltimore Sun, The Point, the Nation, Time, MTV News, and more. His broader academic interests include Black intellectual and political thought, 19th and 20th century continental philosophy, the philosophy of race and racism, questions of poverty, crime, and incarceration in political and social theory, and the aesthetics and sociology of hip-hop and black youth culture.

Join the event by registering on Crowdcast here: https://www.crowdcast.io/e/SwordAndShield

The Sword and the Shield: The Revolutionary Lives of Malcolm X and Martin Luther King Jr. (Hardcover)