Porter Square Books is pleased to bring you Tell-All Boston--virtually!  With special guest Maya Lang and featuring readings from Susan McGee Bailey, Alicia Googins, Shirley Jones-Luke, and Linda K. Wertheimer. To attend, register at the link at the bottom of this page. 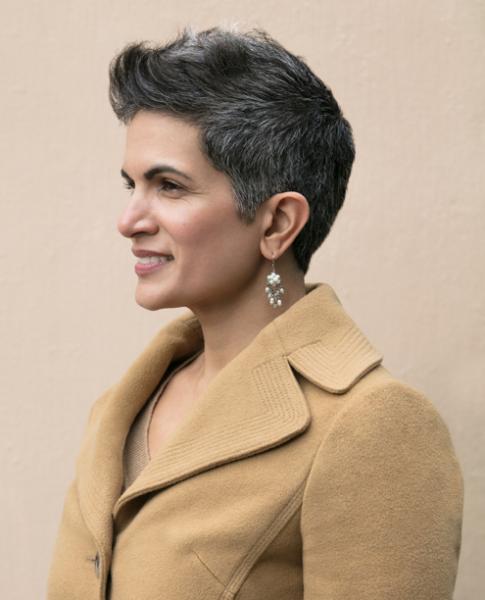 In caring for her aging mother and her own young daughter, writer Maya Shanbhag Lang—“a new voice of the highest caliber” (Rebecca Makkai)—confronts the legacy of family myths and how the stories shared between parents and children reverberate through generations: a deeply moving memoir about immigrants and their native-born children, the complicated love between mothers and daughters, and the discovery of strength.

How much can you judge another woman’s choices? What if that woman is your mother?

Maya Shanbhag Lang grew up idolizing her brilliant mother, an accomplished physician who immigrated to the United States from India and completed her residency, all while raising her children and keeping a traditional Indian home. She had always been a source of support—until Maya became a mother herself. Then, the parent who had once been so capable and attentive turned unavailable and distant. Struggling to understand this abrupt change while raising her own young child, Maya searches for answers and soon learns that her mother is living with Alzheimer’s.

When Maya steps in to care for her, she comes to realize that despite their closeness, she never really knew her mother. Were her cherished stories—about life in India, about what it means to be an immigrant, about motherhood itself—even true? Affecting, raw, and poetic, What We Carry is the story of a daughter and her mother, of lies and truths, of receiving and giving care—and how we cannot grow up until we fully understand the people who raised us.

Featuring a host of fantastic co-readers!

Susan McGee Bailey directed the Wellesley College Centers for Women for 25 years before retiring to pursue writing as a member of GrubStreet’s 2015-2016 Memoir Incubator. Her publications include scholarly articles, a widely discussed, research-focused book, How Schools Shortchange Girls, and numerous opinion pieces. Her nonfiction has appeared in Ms. Magazine, the Boston Globe, Gulf Stream, Brevity Blog, and two anthologies, The Way to My Heart and Dine (Hippocampus Press). She recently completed a memoir, The Education of a Feminist. She Tweets @feministstrong.

Alicia Googins holds an MFA in Creative Nonfiction from Emerson College and is a graduate of GrubStreet, Inc.’s Memoir Incubator. In 2017, she was a Writing Fellow at the Virginia Center for the Creative Arts. She has written for the Boston Globe Magazine, among other publications. She lives in Cambridge, MA, with her partner and her three sons. She’s on Twitter @AliciaGoogins.

Shirley Jones-Luke is an educator, writer and public speaker from Dorchester. She is a graduate of the GrubStreet essay incubator.

Linda K. Wertheimer, veteran journalist who is not the more famous Linda of NPR, is the award-winning author of Faith Ed, Teaching About Religion In An Age Of Intolerance. A former education editor of The Boston Globe, she has written for The New York Times, The Washington Post and other publications. She also writes essays about loss, love, parenting and religion. A GrubStreet instructor, she was recently named a 2020-21 Spencer Fellow at Columbia University, a non-residential fellowship which will give her financial as well as scholarly help for her second book project, tentatively titled, Seeing Color, Can Schools Prepare a New Generation of Anti-Racists? Her essays have won awards from Tiferet, a literary spiritual journal, and Moment, a magazine. She was a prose writer-in-residence at Chautauqua Writers’ Center in 2017 and has been invited to be an interfaith lecturer in the famed Hall of Philosophy in August. Tweet her @lindakwert.

Tell-All Boston is brought to you by GrubStreet and curated by alumni of GrubStreet’s Memoir Incubator and Essay Incubator.

Our goal is to foster a community of honesty and discovery, through the power of memoir.

What We Carry: A Memoir (Hardcover)

Faith Ed: Teaching About Religion in an Age of Intolerance (Paperback)