Virtual: WGBH's Beyond the Page: My Mother's House, Francesca Momplaisir 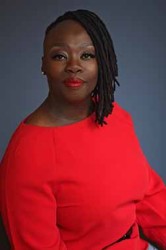 PSB is partnering with WGBH for their new virtual book club, Beyond the Page! Over the course of the next four weeks, we encourage you to join us as we devour Francesca Momplaisir’s novel My Mother’s House. This event is hosted by WGBH via Zoom.

Join our Facebook group for reading goals to help keep you on track and additional discussion, then join us virtually on Wednesday, July 15, 7pm EST and watch as a WGBH personality and the author discuss all the intricacies of the novel. A live Q&A with those tuning in will follow. Register here: https://wgbh2.force.com/events/s/lt-event?id=a7E3q000000H2dZEAS

"A shockingly original exploration of class, race, and systemic violence . . . This house, tainted by the human evil it contains, is reminiscent of the opening line of Toni Morrison's Beloved. And, like Morrison, Momplaisir uses the tropes of fantasy to try to assert truths that ordinary language and realistic imagery cannot communicate . . . Momplaisir's debut introduces her as an author to watch." --Kirkus

For fans of Edwidge Danticat, Mehsin Hamid, Kate Atkinson, and Jesmyn Ward: a literary thriller about the complex underbelly of the immigrant American dream and the dangerous ripple effect one person's damages can have on the lives of others--told unexpectedly by a house that has held unspeakable horrors.

When Lucien flees Haiti with his wife, Marie-Ange, and their three children to New York City's South Ozone Park, he does so hoping for reinvention, wealth, and comfort. He buys a rundown house in a community that is quickly changing from an Italian enclave of mobsters to a haven for Haitian immigrants, and begins life anew. Lucien and Marie-Ange call their home La Kay--"my mother's house"--and it becomes a place where their fellow immigrants can find peace, a good meal, and legal help. But as a severely emotionally damaged man emigrating from a country whose evils he knows to one whose evils he doesn't, Lucien soon falls into his worst habits and impulses, with La Kay as the backdrop for his lasciviousness. What he can't even begin to fathom is that the house is watching, passing judgment, and deciding to put an end to all the sins it has been made to hold. But only after it has set itself aflame will frightened whispers reveal Lucien's ultimate evil. At once an uncompromising look at the immigrant experience and an electrifying page-turner, My Mother's House is a singular, unforgettable achievement.

Register now for Beyond the Page Book Club for July. We anticipate that spots will fill up quickly!

Francesca Momplaisir is a Haitian-born multilingual literature scholar and writer of fiction and poetry in both English and her native Haitian Kreyol. She holds undergraduate and graduate degrees in English and Comparative Literature from Columbia University, the University of Oxford, and New York University. She earned a Doctorate in African and African diaspora literature as an NYU MacCracken fellow under her supervisor and mentor, Ngugi wa Thiong'o. She is a recipient of a Fulbright fellowship to travel to Ghana to research the cultural retention and memory of the transatlantic slave trade. She lives in the New York City metro area.

How it works: Instead of in-person events, WGBH will be hosting this event virtually on Zoom Webinar where you can connect with us from the safety of your home. RSVP for this free virtual event, and the link will be emailed to you. Register here: https://wgbh2.force.com/events/s/lt-event?id=a7E3q000000H2dZEAS

My Mother's House: A novel (Hardcover)