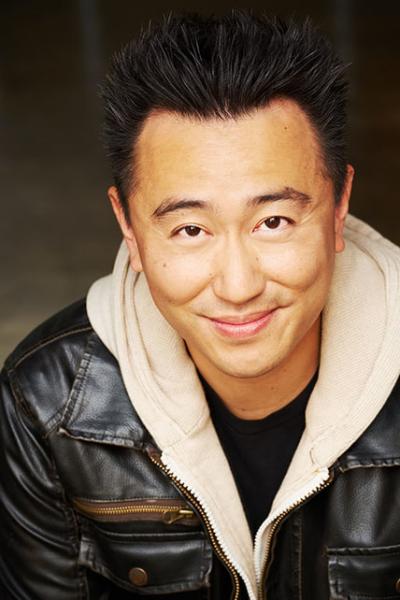 These "Crazy Secrets" unveil what it takes to launch successful global movies that reflect the modern world. Through a culinary approach, Lin helps readers understand narratives in feature films and tap into their own unique taste buds to create meaningful stories for the screen.

The first half of the book guides the reader in how to create and develop: Story Idea, Characters, One Page Step Outline, and the solid script. In the second half, the book covers professional business side of the ever-changing industry by taking the reader through the work flow of Hollywood and explores how to work creatively with international countries like China in producing movies that resonate with a universal audience.

“Motivating and exuberant, Weiko understands the personal nature of screenwriting. His book provides a roadmap to finding the unique stories each person has to tell and creating screenplays that live and breathe.”— David S. Goyer, co-writer, Terminator: Dark Fate, The Dark Knighttrilogy

A writer/producer, Weiko Lin has written projects for the Mark Gordon Company, Ivanhoe Pictures, Walt Disney Parks and Resorts, Don Mischer Productions, the Unison Company (Taiwan), and Wanda Pictures (China). Fluent in Mandarin, he produced and wrote the original story for the Chinese-language romance film 100 Days, which released theatrically in Taiwan and premiered in Mainland China as an official selection of the 2014 Golden Rooster and Hundred Flowers Film Festival. For the screen, Weiko adapted River Town, the New York Times Notable Book and bestselling memoir by Peter Hessler for Fugitive Films and acclaimed director Lu Chuan (City of Life and Death, Disney Nature’s Born in China). In television, he has written a pilot for Super Deluxe (former digital studio of Turner/WarnerMedia). Recipient of a Samuel Goldwyn Writing Award, Weiko earned his MFA in Screenwriting from UCLA. He was also recognized as a finalist for the Academy of Motion Pictures Arts and Sciences Nicholl Fellowship in Screenwriting. A Fulbright Senior Specialist, Weiko has taught at institutions including UCLA, Northwestern University, and Taipei National University of the Arts. He is a tenured Associate Professor at Emerson College.

Crazy Screenwriting Secrets: How to Capture a Global Audience (Paperback)