He Had Voltaire in the Back of His Head??

Hello, Internet People! We are less than two weeks away from the midnight party event of the summer. No big announcements other than make sure you've got your wizard robes and wands at the ready - rumor has it we'll be giving out Hogwarts acceptance letters as prizes! Also, registration for our Harry Potter fan fic open mic is still open. See here for more details! This week our blog post comes from Bookseller Mackenzie. The only way it could be cuter is if it came with a golden retriever. 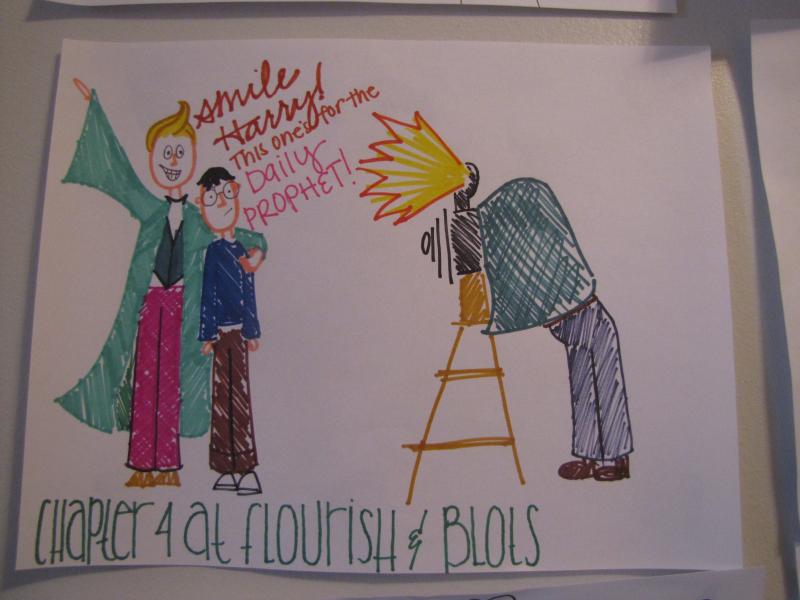 I was raised in a church that encourages parents to nightly gather their progeny around them and read the scriptures together.

It was a practice my family of four followed with varying zeal over my youth. There would be periods of nightly congregation in the living room, spirited discussions about Jesus, reenactments of Moses coming down the mountain. Sometimes my sister even did the voices. And then, into my teenage years, I was away more than I was home, and usually when I was home, I was throwing a teenage tantrum that put a damper on the whole family gathering thing. Our scripture time petered into nothing but the occasional verses read in a hurry before bed.

When I left for college at age 17, our nightly family reading time had petered into almost nothing.

So the last summer I lived at home, back from Boston for three months with half a graduate degree in hand and a nagging concern I would not be able to abide living with my family full-time, when my mom called us all to meet in the living room before bed, I assumed they had returned to the nightly bible study, all three of them becoming religious zealots in my absence and neglecting to mention it. I braced myself for a long summer of flopped on our living room floor making a big show of how much I did not want to be studying scriptures.

But then, from her position of power in the living room green armchair (universally acknowledged the most comfortable seat in the house), my little sister whipped out our childhood copy of Harry Potter and the Chamber of Secrets, the edges of the jacket feathere 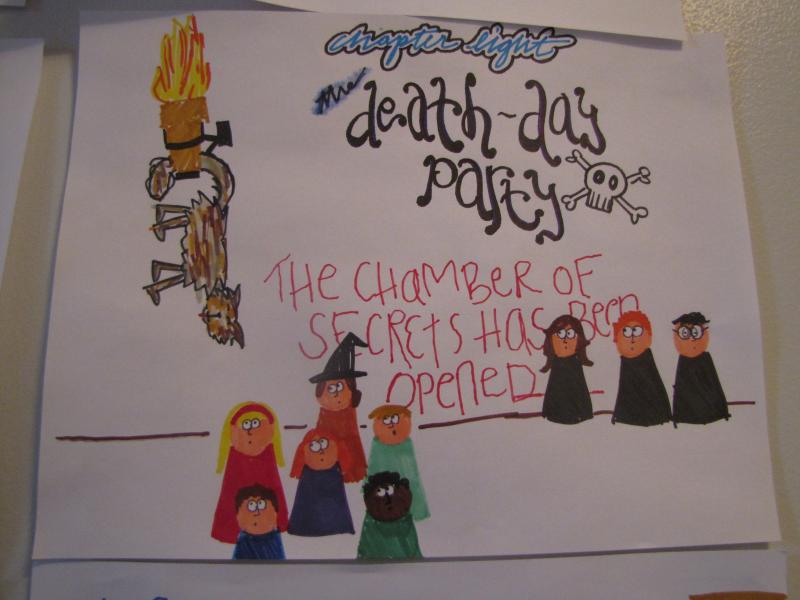 d and soft with wear. “You already missed the first one,” she informed me. “We finished it last week.”

We had all read the Harry Potter series in its entirety before—even my parents. I had been the perfect age when the first books had come out, and my sister had been precocious enough to also be the perfect age, and my parents have always had a vested interest in what their kids are filling their brains with. So we had each worked our way through the seven books, some on our own, some together. My sister spent years carting around a school bus-shaped boom box with Order of the Phoenix on repeat.

So while I wasn’t championing Bible recitations, I wasn’t totally sure what we were doing, reading a book we had all read before. And not even the best in the HP series, either.

But my sister began to read aloud—she even did the voices. My dad started doing sit ups in front of the fireplace. My mom sewed on the couch, pausing us every few pages to ask questions (she wanted to know if it was Professor Quirrell who had Voltaire in the back of his head. Voltaire. Yes.) The dog snuffled from beneath the grand piano.

I have never been well practiced at sitting still and listening, and I felt compelled to do something as well, so, to fit myself into this routine they had made space for me in, I decided to draw. 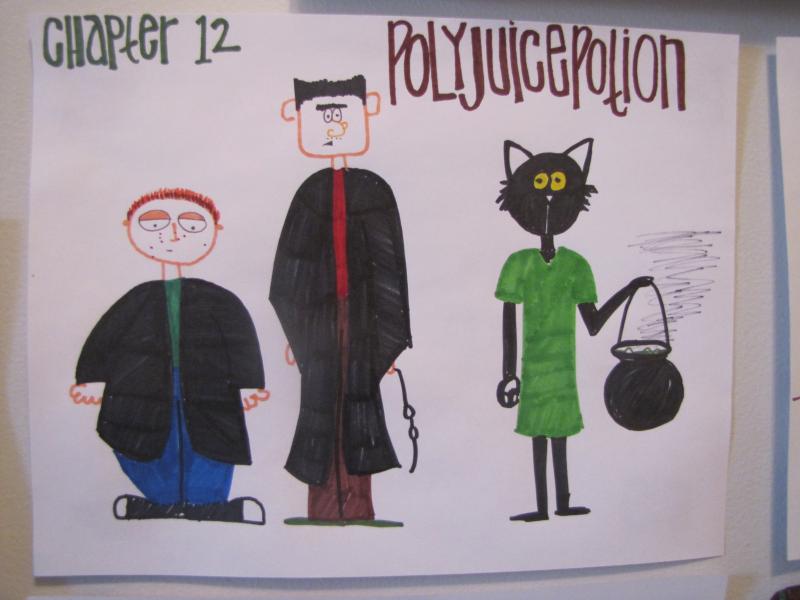 I have no idea what possessed me to do this. I am no artist, though that lack of any real talent became liberating as I scribbled with fat magic markers left over from childhood scenes from the Chamber of Secrets. Some strange delusion possessed me, and a stranger possessed my mother to take each of my drawings and hang them on the living room wall, a storyboard of each Harry Potter chapter we read together.

And so, over the course of the summer, my dad worked on his six-pack. My mom made guesses at who the heir of Slytherin was (“Wait….I don’t remember, tell me. No wait, don’t tell me, I know…it’s Malfoy, isn’t it….just tell me!”). The dog laid on the vents, soaking up all the AC. My sister perfected Sirius Black’s Scottish accent. My wall of Harry Potter illustrations grew. For an hour every night, we relearned a lost language together of jokes and references from the Harry Potter books we had all forgotten that then peppered the rest of the summer (in what is now a legendary family moment, when I complained about having to sign bookmarks for a novel I had just released, my sister exclaimed in pitch-perfect Malfoy, “Signed photos?! You’re giving out signed photos, Potter?”). We shared a space, and a story. All four of us, stars that I had once thought moving in different galaxies, found the same orbit.

I still hear in church each week how important it is for families to read the scriptures together. What they never say is that the mostly, it’s just about coming together. Having a space to share.

And at least one person out there thinks Harry Potter is a Jesus metaphor.