Below is Part 1 of a two-part It’s Not Just a Book piece, written by M. T. Anderson.

Few people realize that hiding right here in our community, in between Porter and Davis Squares, is one of the country’s leading publishers of children’s books. You may not have heard the name of Candlewick Press, but you’ve heard of the books they’ve published, everything from Where’s Waldo to The Tale of Despereux to Because of Winn-Dixie to A Monster Calls. As a local author, I’m delighted to work with them and be part of their team. They’re part of our community, and whether you know it or not, you see them around town, in the Shaw’s, in Diva or Sugar and Spice, and (of course) in Porter Square Books.

I have a couple fun stories about local connections and their impact on the books I’ve written.

A couple of years ago I wrote a non-fiction book called Symphony for the City of the Dead: Dmitri Shostakovich and the Siege of Leningrad. It recounts the strange but true story of the composer Shostakovich (recently given the grand treatment by our own BSO) writing his seventh symphony while trapped inside the beleaguered city of Leningrad during WWII, where there was no food, no water, no power, no heat, and almost no hope. Shostakovich’s Seventh (“Leningrad”) Symphony was smuggled out of the Soviet Union on microfilm, flown to Tehran, driven across the deserts of the Middle East to Cairo, and flown across Africa to the United States, where it was performed on the radio as a way to try to interest Americans in the Soviet cause.

The photos that illustrate this saga are intense, and important in conveying the transformation of Russia’s premiere city of the arts and the intellect into a fortified war-zone. 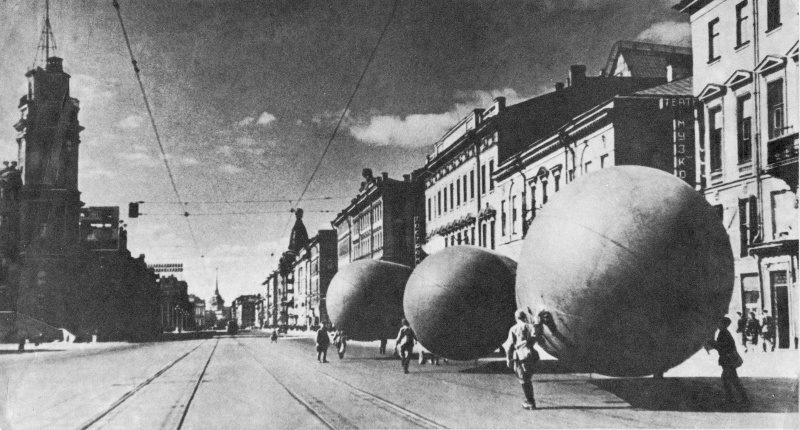 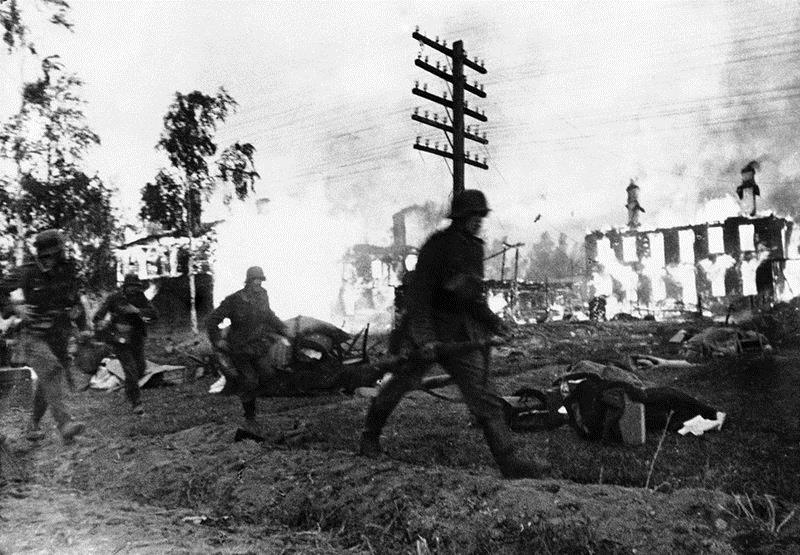 Here, German soldiers storm through the Leningrad suburbs in the fall of 1941. 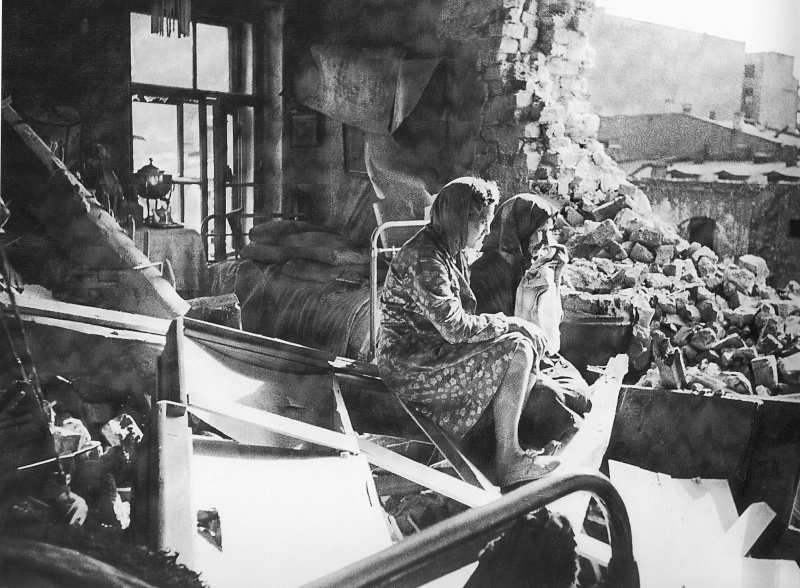 Here, in part of an iconic sequence, two women sit in the bombed remains of an apartment that still, like the three walls of a stage-set, displays the shattered remnants of domestic normalcy: the sofa, the samovar.

All of these photos and more are things I found while doing research for the book. A photo is sometimes necessary to deliver the coup de grace in nonfiction, the irrefutable fact of the reality of suffering.

This is where my publisher – and also a Porter Square Books employee – come into the story.

Carter Hasegawa, an editor at Candlewick, occasionally moonlights at the bookstore on weekends, to keep his hand in the game. (You may also know him from his book about bathrooms!) At the time I wrote the Shostakovich book, he was assigned by my editor, Liz Bicknell, to help me secure the photographic rights.

It was a nightmare. Copyright law involving material generated in the Soviet Union is complicated, since the Soviets initially did not recognize Western copyright. To make matters more difficult, even if it seemed like a photo might be in the public domain, we had to buy copies from sources that would provide sufficient clarity and resolution that they wouldn’t look cheap and fuzzy when printed on a page.

Happily – well, happily for me – the problem was mostly Carter’s. He had to call archives all over the world. One of the Russian archives got increasingly testy as modern political events heated up: we were seeking these photos during the period of the annexation of the Crimea and the U.S.’s subsequent sanctions. As a result, one archivist’s answers to Carter’s requests got more and more irritably Slavic. “We do not have time for your whims!"

Carter had to track down expensive photos from Life and Time, and even had to find some material in German archives (I remember sitting with him, babbling over the phone in my college German to an archivist about a tragic photo of underprepared German soldiers dead in the snowy Russian wastelands …)

People congratulate me on the images in the book, but I can’t take credit for the hard work of tracking down their rights.

It took five years of hard work to research this story and bring this book to fruition – and Candlewick helped me all along the way. There was my editor, Liz Bicknell, who helped me think through the text, but also there were many unsung employees who were vital. The designer, for example, Sherry Fatla, came up with an incredible Soviet look for the book. The copy-editor, Hannah Mahoney, was in charge of fact-checking and made sure all the Russian names were transliterated consistently from Cyrillic. (Another recent book on Shostakovich, for example, was full of errors a copy-editor should have caught: the same name spelled two different ways on the same page, obvious mistakes in dates, footnotes that didn’t match … All reviewed, clearly, in haste. This is the reason we need copy-editors!) The sales and marketing team actually gets people to read the book. This is why the community within a publishing company is important.

And all of these are people, for what it’s worth, are in this neighborhood.

In part two, a slightly more scurrilous story about someone you might have seen around Porter Square!

M. T. Anderson is the author of Feed, winner of the Los Angeles Times Book Prize; the National Book Award-winning The Astonishing Life of Octavian Nothing, Traitor to the Nation, Volume I: The Pox Party and its sequel, The Kingdom on the Waves, both New York Times bestsellers, and Michael L. Printz Honor Books; Symphony for the City of the Dead: Dmitri Shostakovich and the Siege of Leningrad; and many other books for children and young adults. He lives near Boston, Massachusetts.