At the end of March 2020 we found ourselves making a lot of guesses about how our world would look for, what we thought would be, the next six weeks or so. We guessed it would be important to provide *something* that might help break the isolation of lockdown, something that allowed us to continue connecting with our community even though no one could actually come to the store. We tried a couple of different things including the daily and then three times a week newsletter Shelf Stable. A daily anything requires a lot of content and a lot of hands had to do a lot of lifting to make it work.

Nathan’s Old Hollywood: From Page to Screen series was a staple in Shelf Stable if not from the very first issue, pretty close, and then consistently appearing at least once every two weeks and often more. When we ended Shelf Stable, he continued what I’d like to call “The ongoing definitive history of film adaptations” here on the blog. You can see the pieces on the blog here and explore the Shelf Stable Archive here.

Alas, this is going to be the last installment in the series. I’m going to miss his interesting facts, his lists of the lesser known adaptations, and his catalog of the massive impact the world of books has on the world of film. So, I wanted to barge in at the beginning of this piece to thank Nathan for all the work on this series and for all he’s done over the years at Porter Square Books.

New Hollywood:  From Page to Screen

As the new century began Hollywood continued to make films adapted from books, short stories and plays – many for the big screen, as well as for television.  Such adaptations remained a source of inspiration for filmmakers and filmgoers alike. 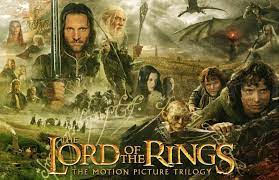 One common theme found in the 2000’s are the many multi-film adaptations.  One of the first was J. R. R. Tolkien’s The Lord of the Rings books written between 1937-1949. These novels became three smash films starting in 2001. The movies were The Fellowship of the Ring (2001), The Two Towers (2002) and The Return of the King (2003).  Directed and co-adapted by Peter Jackson, the three films starred Elijah Wood, Ian McKellen and Christopher Lee.  Interesting trivia: The three films grossed over one billion dollars since their release.

Remaining in the fantasy genre, Peter Jackson directed and co-adapted a series based on Tolkien’s 1937 novel The Hobbit. The three films are The Hobbit: An Unexpected Journey (2012), The Hobbit: The Desolation of Smaug (2013), and The Hobbit: The Battle of the Five Armies (2014).  This trilogy of films is seen as a prequel to The Lord of the Rings movies. 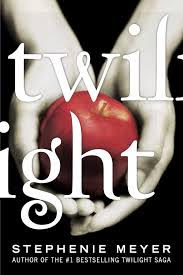 Some other noteworthy novel adaptions that turned into some great films, some not so great ones and an occasional bomb: 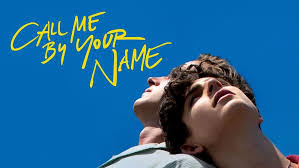 In 2017 Andre Acemin’s novel Call Me By Your Name was adapted for film and directed by Luca Guadagnino. Set in Northern Italy, the film starred Timothée Chalamet and Armie Hammer who fall in love one hot sensuous summer.  Nominated for four Oscars, the screenplay nabbed one for James Ivory’s luminous adaptation. Louisa May Alcott’s enduring novel Little Women (1868) has had the Hollywood treatment seven times, the latest in 2019 written and directed by Greta Gerwig.  The film was a faithful adaption of the novel with special emphasis on the character of Amy, played by Florence Pugh.  Interesting trivia:  Many scenes were shot in Concord; Boston filled in for New York, and the Arnold Arboretum was used to shoot a scene set in Paris.

The Girl on the Train (2015) by best-selling author Paula Hawkins was made into a film in 2016 to mostly negative reviews. The Goldfinch, author Donna Tart’s Pulitzer Prize winning 2013 novel was adapted into a 2019 drama with a stellar cast including Nicole Kidman and Ansel Elgort.  The film is considered a box office and critical bomb. Kevin Kwan’s novel Crazy Rich Asians (2013) was adapted in 2018 and was a huge success and one of the first times a major Hollywood studio feature film had a cast of mostly Asian actors.  Three authors whose work has been showcased in the last few years are:  Dennis Lehane’s: Mystic River (2003), Gone Baby Gone (2007), Shutter Island (2010), Live by Night (2016).  Some of Stephen King’s novels that have been adapted in this century are: Dreamcatcher (2003), The Dark Tower (2016), It (2017), Firestarter (2019) with at least ten more adaptions in the pipeline.

Classic novels were not forgotten during the first part of the new century:  Henry James’s The Golden Bowl (2000), Jane Austen’s Pride and Prejudice (2005), F. Scott Fitzgerald’s The Great Gatsby (2013) and William Makekpeace Thackery’s Vanity Fair (2004) were all given the Hollywood treatment.

Since the beginning of cinema novels, plays and short stories have been the most important source material for movies and now even more so for television.  Hollywood will always look to literature for great films – truly, a match made in box-office, and artistic, heaven.