Old Hollywood: From Page to Screen: A Tribute of Audrey Hepburn 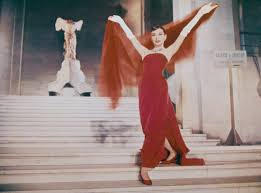 Star, legend, icon, EGOT (Emmy, Grammy, Oscar and Tony winner) – these are words often used to describe the radiant Audrey Hepburn.  Born in Belgium in 1929, Hepburn lived her early life in the Netherlands, barely survived World War II and afterward moved to London to train as a ballerina. After a few small movie and theater roles, she was plucked from obscurity by author Colette, who discovered her and insisted Hepburn play Gigi for a Broadway production. 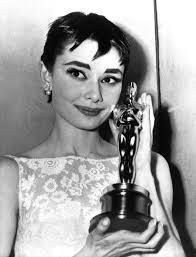 Based on an original story by famed screenwriter Dalton Trumbo, directed by William Wyler and co-starring Gregory Peck, Roman Holiday (1953) rocketed Hepburn to fame and fortune.  Not only did she win an Oscar for her first Hollywood film, but she won both a Golden Globe and a BAFTA Award.  Her next film, Sabrina (1954) was based on the1953 play Sabrina Fair by Samuel A. Taylor.  Her co-stars were Humphrey Bogart and William Holden. Her next film in 1956 was War and Peace, based on Leo Tolstoy’s 1869 epic novel.  Directed and co-written (with seven other writers) by King Vidor, the movie starred Henry Fonda and Hepburn’s then husband Mel Ferrer.  Author Claude Anet’s 1920 novel Ariane, jeune fille russe (Ariane, Young Russian Girl) became 1957’s Love in the Afternoon with Gary Cooper playing her love interest (he, unfortunately, looked like her grandfather). 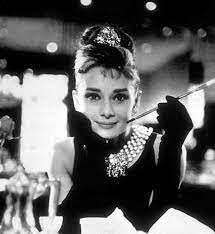 Funny Face (1957) was an original screenplay by Leonard Gershe and directed by Stanley Donen.  This joyful musical romp paired Hepburn with the sublime Fred Astaire and the Gershwins supplied the music.  In 1959 Hepburn starred in an adventure film, Green Mansions, based on the 1904 novel by William Henry Hudson.  The movie was a critical and box-office dud.  However, the same year Hepburn soared as Sister Luke in The Nun’s Story, from the best-selling 1956 novel by Kathryn Hulme with a screenplay by Robert Anderson.  Hepburn was nominated for an Oscar as Best Actress.  Her next film, The Unforgiven, based on the book by Alan Le May, was a western directed by John Huston.  Truman Capote’s 1958 novella Breakfast at Tiffany was filmed in 1961.  Hepburn played the delightful, but at times amoral, Holly Golightly and received yet another Oscar nomination for Best Actress. Interesting trivia: In this movie she introduced the Oscar-winning song, “Moon River”. 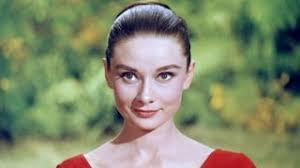 Lillian Hellman’s 1934 play The Children’s Hour was remade in 1961 with Hepburn and Shirley MacLaine.  John Michael Hayes wrote the screenplay and both actors received good reviews.  Interesting trivia: Actor Miriam Hopkins starred in the original film (1936) and played a supporting role in the remake.  A romantic comedy/mystery Charade gave Hepburn the chance to work with the transcendent Cary Grant in 1963 and a year later she starred in Paris When it Sizzles based on a French film Holiday for Henrietta by Julien Duvivier and Henri Jeanson.  William Holden, Noël Coward and Tony Curtis co-starred. 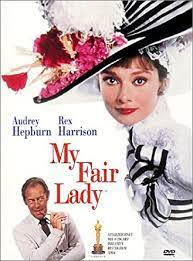 My Fair Lady (1964) was an extravagant film version of the hit Broadway musical based on the 1913 play Pygmalion by George Bernard Shaw.  With a screenplay by Alan Jay Lerner, direction by George Cukor and costumes by Sir Cecil Beaton, Hepburn starred as the legendary Eliza Doolittle with Rex Harrison reprising his Broadway success.  The film earned 12 Oscar nominations and won for Best Picture, Director, Costumes and Actor.  Hepburn was not nominated.  Interesting trivia:  Up to 1964 My Fair Lady with a budget of $17 million was the most expensive film ever shot in the United States. One of Audrey Hepburn’s later films – Two for the Road – in 1967 is considered one of her best.  A sophisticated romantic drama, the film was written by acclaimed author Frederic Raphael, directed by Stanley Donen and co-starred Albert Finney. 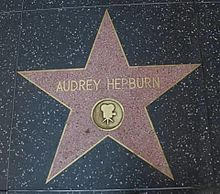 Audrey Hepburn stepped back from Hollywood in the late 1960’s and concentrated on raising her two sons.  In 1989 she was appointed a Goodwill Ambassador for UNICEF traveling all over the world – Ethiopia, Sudan, Honduras, El Salvador, Turkey - on behalf of the United Nations.  After returning from Somalia in 1992 it was discovered that Hepburn had cancer.  In January 1993 she died at her home in Switzerland.  Her son Sean Ferrer once said:  “My mother would be the first person to say that she wasn't the best actress in the world. But she was a movie star."   Indeed.

Next Up: Woolf and Waugh