Question of the (Harry Potter) Day 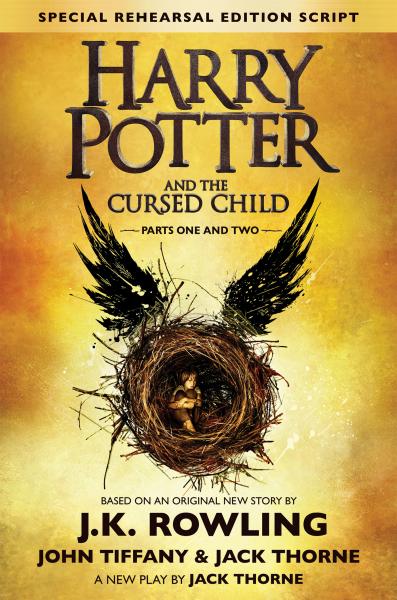 Is what J. K. Rowling reveals about the Harry Potter-verse canon, or fan fiction?

I'm tempted just to let that sit there, sinking in, but it wouldn't quite be a blog post if I didn't say something else. Because since the conclusion of the original Harry Potter series in 2007, Rowling has made a habit of announcing new tidbits of information like a mama bird dropping scraps into her babies' eager mouths.

Okay, maybe that simile was a little bleak. Especially since not all of the Harry Potter audience has been receptive to Rowling's revelations. It's hard to admit that something as near-universally acclaimed as Harry Potter could be spoiled by post-publication blues, but the longer this goes on, the more tangled the web becomes. Can we as an audience really appreciate that Dumbledore is gay if he was never shown that way explicitly in the books? (Is it even really canon if it was revealed post-pub?) While it's been nice to hear what so many of our Potter friends have been up to since the last stand, I do start to wonder whether all this information "counts" anymore, especially when compared to the sheer overwhelm of Harry Potter AU that Rowling is competing against.

I hesitate to say that the author is dead. And I've actually enjoyed living in Rowling's Harry Potter world, even if it's just in snippets, just for a little while longer. It gives me that warm glow of nostalgia, the same feeling I get when I think about where I was when I got my copy of Harry Potter and the Half-Blood Prince (staying in NYC for a summer program and passionately hating most of the city living experience, for the record). At the same time, I think disgruntled readers have a point. The series is over. (Kind of. Sort of.) The way I accept everything Rowling puts out is by putting an asterisk next to every new revelation. It's nice that she likes hanging around in the world she created. I like hanging around there too. But at this point, I shelve each new tidbit on the same shelf as fan fiction: it's cool if you're interested, but does not affect the established canon.

...Which of course begs the question, what is Harry Potter and the Cursed Child? A book of a play based on a short story released post-series is...?

And of course, the ever-present wonder niggling at the back of readers' heads: Will J. K. Rowling ever write another real Harry Potter book? (What is real, anyway?)

What do you think? As far as Harry Potter goes, what counts as canon?