What Follows You When You Leave: The Immigrant Experience in Catch the Rabbit and A Door Behind a Door 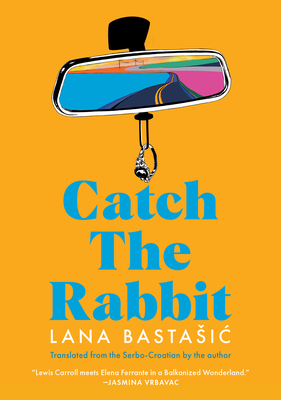 The protagonist in Lana Bastasic’s brilliant novel Catch the Rabbit is living in Dublin when she gets a call from back home in Bosnia. Sara hasn’t built the perfect life for herself in Ireland, but she’s built a successful and contented life and whatever distance there is between how she lives now and her wildest dreams isn’t going to be covered by returning to Bosnia. She had her reasons for leaving and even after twelve years, those reasons hold up. But Lejla has always had a certain power over Sara and even after all these years, Sara can’t say no to her. So Sara returns hoping to find Armin -- Lejla’s brother and Sara’s first crush -- who went missing years ago, and then get back to Dublin as quickly as possible.

But as “quickly as possible” when Lejla is involved ain’t that quick at all and as they continue to chase the slim chance of finding Armin, it becomes increasingly clear that whatever Lejla wants out of this trip, out of calling Sara back, the return of her vanished brother might not be it. When the book ends, Sara isn’t back in Dublin or in Bosnia and she hasn’t found Armin. Bastasic makes it very difficult for us to understand where Sara has ended up and what it means for her life before and after the end of the story. 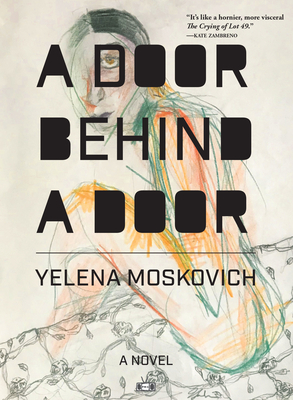 A Door Behind a Door (what a fantastic title, right?!) by Yelena Moskovich is dark, sinister, and mysterious. The title gives you a fair amount of insight into the story as the protagonist, Olga, seems to fall through trap-door after trap-door as she gets blamed for a murder, imprisoned, and tortured. (And then things get weird.) The catalyst for her descent is a ghostly figure from her childhood in the Soviet Union, a neighbor who may have committed murder in his youth. Though there are recognizable elements of mystery novels here, A Door Behind a Door isn’t interested in resolution or solution. Instead Moskovich subjects Olga and the reader to constant disorientation.

This persistent disorientation asks a pretty powerful question about immigration, one I haven’t seen asked before. What happens to immigrants who never find their footing? Never learn enough of the language? Never unlearn the social and cultural norms of their homes? Never figure out what counts as “professional” in America? Could it be said they are haunted by their homeland? Could it be said that haunting is disrupting their lives in their new home?

America likes to tell the immigrant story as one of total reinvention. You leave everything behind and make an entirely new life in America. (Think of how many immigrant narratives include a detail like “and all he had with him were the clothes on his back and $2 in his pockets” as if language and memory can be thrown overboard.) But Bastasic and Moskowitz would probably disagree with that idea. No matter how much you change, some things remain the same, and no matter how far away from home you go, there are always some connections tying you back.

Bastasic uses the character of Lejla to embody this thread of the immigrant experience. I don’t know enough about the culture of Bosnia to speak to whether Lejla as a character expresses key cultural traits, but she does, literally, entangle Sara back in a place Sara had intended to leave behind. Olga in A Door Behind a Door isn’t pulled physically back to Russia; instead a ghostly presence from Russia demolishes what life she had been able to make in the United States. She is followed and what follows from her home undoes her in America.

No story is ever just one story. Every stranger who arrives in town is also a person who goes on a journey. The differences between “leaving,” “going,” and “escaping can be subtle but significant at the same time. Reinvention isn’t always complete and immigration isn’t always a path towards and new and better life. Bastasic and Moskovich pugs on these and other questions and in the process tell different immigrant stories than we are used to reading in America, which makes Catch the Rabbit and A Door Behind a Door well worth a read.