Why In the Distance Should be the Pick of the Year 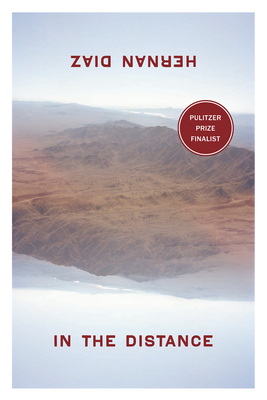 There was a moment near the end (that I won’t spoil for you) when I realized just how special In the Distance is, how much Diaz had played with our expectations, stretched the norms of storytelling, and created something totally unique. It’s a moment when (OK, a tiny spoiler) essentially nothing happens, but the way that nothing happens shows the real depth of Diaz’s novel.

Hakan intends to emigrate to New York with his older brother, but ends up alone and on a boat that goes to San Francisco instead. In the Distance is the story of Hakan trying to get to New York to reunite with his brother. Along the way he encounters a corrupt brothel madam, a scientist, a caravan being lead by a religious fanatic or a con-man (maybe both) and, eventually, an officer of the law who sets him free and becomes the closest thing to a companion Hakan ever has. He becomes a folk legend. He never stops growing so that he is a giant by the time we see him as an older man. He has one more epic journey left in him at the end.

But what might be most interesting about In the Distance is just how much space there is in the book, how much landscape, how much environment. It is easy to forget in our hyperconnected world just how big the American West was and how much empty space there still is. Books are often praised for “making the landscape a character” and Diaz does that to an extent, but, as with the other forms In the Distance resembles, Diaz does something different. He presents a landscape that does not gaze back and an environment that does not care whether human beings are moving through it or not.

In the Distance walks a narrow line between the familiar and the strange creating a totally unique reading experience by always pushing on our expectations until something breaks. It’s another great book from one of our best small presses and should be the 2017 Pick of the Year.