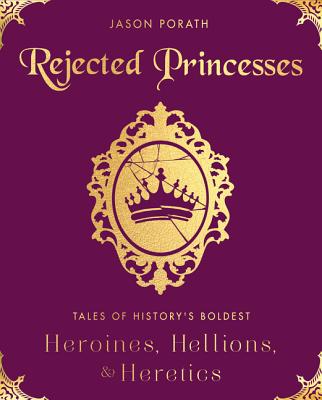 So. How does one weather a hard season? With fortitude, knowledge, and understanding -- three things that Rejected Princesses has in spades.

Jason Porath was an animator at DreamWorks when he started investigating women throughout history whose stories have flown largely under the radar. After leaving film work, these elements converged into the blog Rejected Princesses, which soon turned into a beautifully illustrated (and very entertaining!) encyclopedia of historical figures whose lives were vibrant, complex, courageous, and so much more. From Grace O'Malley, the pirate queen of Ireland, to Ching Shih, princess of the Chinese seas, to Trung Trac and Trung Nhi, sisters who drove China out of Vietnam... The list goes on and on. One of my personal favorites is Julie d'Aubigny, a rapscallion expert fencer and opera singer who caused uproar all across France in the 1600s, thumbing her nose at anyone who tried to hold her down.

Rejected Princesses is the anthem we need this year, if only so that we can take a dip in whenever we need a dose of badassery and a wider perspective on history. in 2017, may we all take a few lessons from the women who have come before us, to raise hell and take nonsense from no one.